Why the Left Targets Western Civilization 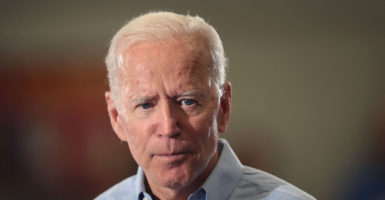 Western civilization was founded on a set of philosophies that focus strongly on the sanctity of individuals and their power of logic and reason.

This belief led to a desire to trust things that could be proven to be true or legitimate, from government to science.

Judeo-Christian morality has formed the basis of most Western notions of ethics and behavioral standards. Thus, the attack on Western civilization must begin with the attack on the church and Christian values, and, just as important, the family unit must be undermined.

The Western world’s culture isn’t perfect but women fare better under it than any other culture. Just ask yourself: If you’re a feminist, in which countries would you like to live? Would it be Saudi Arabia and other Middle Eastern countries, China or countries on the African continent, north or south of the Sahara?

In those countries, women encounter all kinds of liberty restrictions, plus, in at least 30 countries on the African continent, the Middle East, and Southeast Asia, female genital mutilation is practiced.

You might ask Biden what part of the “white man’s culture” needs to be changed.

The greatest efforts to downplay the achievements of Western civilization start at our colleges and universities.

An American Council of Trustees and Alumni 2016 study reported that “the overwhelming majority of America’s most prestigious institutions do not require even the students who major in history to take a single course on United States history or government.”

Because of this ignorance, our young people fall easy prey to charlatans, quacks, and liars who wish to downgrade our Founders and the American achievement.

In 2012, 2014, and 2015, an ACTA-commissioned survey of college graduates found that less than 20% could accurately identify the effect of the Emancipation Proclamation. Less than half could identify George Washington as the American general at Yorktown.

The left in our country often suggests that people who stand up for Western civilization are supporting a racial hierarchy. The fact is that the history of the world is one of arbitrary tyrannical abuse and control.

Poverty has been the standard fare for a vast majority of mankind. America became the exception to what life was like. That exceptionalism inspired imitators, and our vision of freedom and liberty spread to what has become known as the Western world.

Many do not appreciate the fact that freedom and competition in both the marketplace and idea arena unleashed a level of entrepreneurism, risk-taking, and creativity heretofore unknown to mankind. Look at the marketplace of ideas.

I might add that Japan has 27 Nobel Prize winners, but their first winner was awarded in 1949, after World War II led Japan to became more Westernized.

There’s a reason why the West leads the world in terms of scientific innovation, wealth, and military might and it has little to do with genetics.

Instead, it’s the environment of freedom, both in the market for goods and in the idea marketplace.