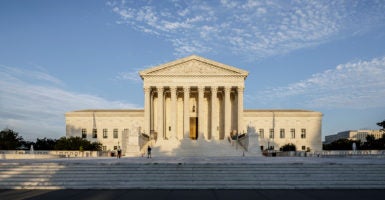 On Wednesday, the Supreme Court issued its highly anticipated ruling in Kisor v. Wilkie, a case challenging judicial deference to administrative agencies’ interpretation of their own regulations.

While all nine members of the court agreed that the lower court was wrong to reflexively defer to the agency in this case, a majority was unwilling to retire a doctrine known as Seminole Rock/Auer deference.

Named for Supreme Court decisions from 1945 and 1997, Seminole Rock/Auer deference instructs judges to defer to an administrative agency’s interpretation of ambiguous regulations as long as that interpretation is not plainly erroneous or inconsistent with the regulation.

Many judges and legal scholars have called for the Supreme Court to jettison this doctrine because it turns on its head the foundational declaration in Marbury v. Madison (1803) that it is “emphatically the province and duty of the judicial department to say what the law is.”

Seminole Rock/Auer deference instead ensures that federal bureaucrats, rather than judges, say what the law is.

In this case, James Kisor, a retired Marine who served in the Vietnam War and suffers from post-traumatic stress disorder, filed a claim for disability benefits with the Department of Veterans Affairs.

The VA denied his claim in 1983, and in June 2006, Kisor sought to have his claim reopened, identifying documents the VA did not consider when it initially reviewed his claim.

The VA granted his claim for benefits but, interpreting an agency regulation, determined that he was not eligible for those benefits to be made retroactive to 1983.

Kisor then appealed to the U.S. Court of Appeals for the Federal Circuit, arguing that under his interpretation of the agency regulation, he was entitled to retroactive benefits.

The judges’ hands were tied by the Seminole Rock/Auer doctrine. Kisor asked the Supreme Court to review the case and overrule Seminole Rock and Auer.

Writing for the majority, Justice Elena Kagan took the “plainly erroneous or inconsistent” standard of Seminole Rock and Auer and recast it into a multi-step test instructing lower court judges whether and how to grant deference.

First, using “all the ‘traditional tools’ of construction,” a judge must determine if the applicable regulation is “genuinely ambiguous.” If there is genuine ambiguity, then the judge must consider whether the agency’s interpretation is a reasonable one.

This inquiry may include, but is not limited to, factors such as whether the interpretation is the official position of the agency or an ad hoc statement; whether it involves the agency’s substantive expertise; and whether it “reflect[s] the ‘fair and considered judgment’” of the agency rather than a “convenient litigation position” or “post hocrationalization.”

This new test may prove to be a higher hurdle for administrative agencies to clear than the old “plainly erroneous or inconsistent” standard. Given this transformation, why not simply retire the old doctrine to make way for a new one?

In her view (which only Justices Ruth Bader Ginsburg, Stephen Breyer, and Sonia Sotomayor joined), there is a “presumption that Congress would generally want the agency to play the primary role in resolving regulatory ambiguities.”

There’s a certain logic to this argument; the agency made the rule, so it should know how the rule should operate.

But agency regulations have the force of law, and judges—not federal bureaucrats—have the duty to say what the law is. Judges should interpret regulations in the light of what their text says, not by the secret intentions of agency officials who created them.

Kagan’s second reason (joined by Chief Justice John Roberts, Ginsburg, Breyer, and Sotomayor) is the principle known as “stare decisis” that the court is hesitant to overturn its prior rulings.

There are a number of factors the justices consider when asked to throw out one of their decisions, and as Kagan put it, “[I]t is good—and important—for our opinions to be right and well-reasoned. But that is not the test for overturning precedent.”

There is no question that stare decisis ensures an effective legal system in which judges, lawyers, government officials, and the public can rely on what the Supreme Court has said. But it should not trump the principle that decisions that fail to comply with the Constitution must be reconsidered.

If it did, dishonorable decisions such as Plessy v. Ferguson (“separate but equal”) and Pace v. Alabama (upholding anti-miscegenation laws) would still be on the books today.

Kagan has become one of the leading voices advocating stare decisis. In an opinion just last week dissenting from the court’s decision overruling a 1985 case, Kagan mused, “Now one may wonder yet again” which decision “the Court will overrule next.”

They agreed with the result in Kisor—that the lower court was wrong to defer to the agency in Kisor’s case—but took issue with Kagan’s new test.

In a lengthy concurrence, Gorsuch wrote:

The majority proceeds to impose so many new and nebulous qualifications and limitations on Auer that the Chief Justice [who wrote a concurring opinion] claims to see little practical difference between keeping it on life support in this way and overruling it entirely. So the doctrine emerges maimed and enfeebled—in truth, zombified.

Gorsuch detailed how Seminole Rock and Auer cannot be reconciled with the requirements of the Administrative Procedure Act (the federal law governing agency rule-making) or the Constitution.

Under Auer, judges are forced to subordinate their own views about what the law means to those of a political actor, one who may even be a party to the litigation before the court … the doctrine matters only when a court would conclude that the agency’s interpretation is not the best or fairest reading of the regulation.

Kagan paints a very different picture of Auer, asking us to imagine it riding to the rescue only in cases where the scales of justice are evenly balanced between two equally persuasive readings. But that’s a fantasy.

Indeed, agencies’ win rate in cases where courts invoke Seminole Rock/Auer deference has been as high as 77% and declined to 74% in recent years, according to a 2018 study published in the Georgetown Law Journal.

Seminole Rock and Auer give the government a benefit that no court would ever afford a private party: the ability to decide what a vague or ambiguous legal rule means. By so doing, “deference” becomes a bias in favor of the most powerful litigant—the federal government.

The time has come for the court to stop “making up excuses for judges to abdicate their job of interpreting the law,” Gorsuch argued, and allow judges to give their “best independent judgment of the law’s meaning.”

Instead, judges must now figure out how to apply Kagan’s new multi-factor test—which Gorsuch predicts will cause “more uncertainty and much litigation.”

Though many hoped the court would retire Seminole Rock and Auer, the ruling in Kisor is not a loss. The majority made clear that this doctrine is “cabined in its scope” and should not be applied to stack the deck in favor of the government.

Time will tell if the new Seminole Rock/Auer doctrine “with teeth” will actually act as a check on agencies, or if business will continue as usual when agencies seek to interpret their own ambiguous regulations to their advantage.

>>>Listen to “SCOTUS 101,” a podcast with Elizabeth Slattery and friends bringing you up to speed on what’s happening at the Supreme Court.