For Liberal CEOs, Abortion Is Good for Business 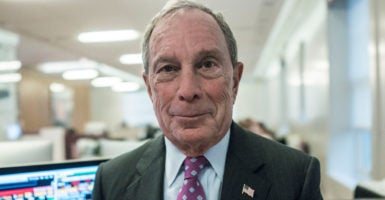 A former employee once accused Michael Bloomberg of telling her to "kill" her unborn child. (Photo: Benjamin Lowy/Getty Images) 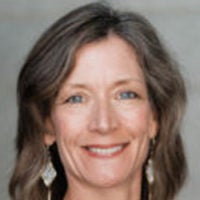 As more states pass restrictions on abortion, companies are coming out of the woodwork to oppose them.

Recently, some 180 companies “employing more than 108,000 workers” purchased a full-page ad in The New York Times under the banner “Don’t Ban Equality: It’s time for companies to stand up for reproductive health care.”

Many of these companies aren’t typically considered far-left organizations. Exactly what message are they sending to women by spending ad dollars to promote abortion? Are they saying babies are bad for business?

A closer look at these companies may help to unmask what’s driving this ad.

It turns out that only two of them are listed among the top 180 companies offering the most paid maternity leave to women, according to Fairygodboss, a women’s career advancement network. And those two companies are nowhere near the top of the list.

In other words, these companies are stingy. They aren’t supporting women; they’re protecting their bottom line.

The fact is that parental leave imposes a cost on these companies. The disruptions of time off (even earned) for doctor’s appointments, managing morning sickness, and staying healthy during pregnancy are a drain on company revenue. Many of these employers offer new mothers a bare minimum of maternity leave. Others offer nothing at all.

The math is simple for these companies: Motherhood means higher costs and less profit—and abortion is a convenient way of minimizing those costs. Babies are bad for business, and abortion is good for business. A female employee can terminate her pregnancy on Saturday and return to work the next week.

Jumping on the social justice bandwagon for “reproductive rights” is hardly an act of altruism. Their monetary incentive cannot be denied.

The CEOs who signed this ad are sending American working women a clear message: Abortion is good for business and necessary for “health, independence, and ability to fully succeed in the workplace.”

Think about that. Companies like H&M, &pizza, and The Body Shop, who employ many young women, are making a statement that to “fully succeed in the workplace,” women had better put their jobs above their own family lives and the life of an unborn child. “Can you really afford motherhood? Do you want to succeed in your job? Well, then, you’d better abort your baby.”

This is not speculation. The Atlantic reports that Michael Bloomberg, co-founder of Bloomberg L.P. (which signed the ad), has “a long-alleged history of undermining women.” Allegations have been brought against Bloomberg for sexual harassment and discrimination against pregnant employees, which The Atlantic describes as “insidious manifestations of misogyny.”

The lawsuits include serious charges exposing the bigotry of Bloomberg toward women having babies. For example, when a sales representative once told Bloomberg she was pregnant, he replied, “Kill it!” and went on to mutter, “Great, no. 16”—referring to the 16 women employees who were pregnant at the time.

The company Seventh Generation, also a signer of the ad, has baby care among its product lines. One would think that promoting childbearing would benefit such a company, but apparently not.

For abortion advocates, babies are as disposable as diapers anyway.

But it may turn out that these companies are being short-sighted, even for their own interests. In 2018, the number of U.S. births dropped to its lowest level in 32 years. That’s alarming, and it’s not good long-term for the workforce.

Shouldn’t we expect companies to support their female employees and the fathers who should be raising the next generation of American workers?

Unfortunately, in the eyes of Bloomberg, Yelp, Tinder, Atlantic Records, Square, Inc., Amalgamated Bank, MAC Cosmetics, and more, advocating abortion is better for their bottom line. Hiding behind the labels of “equality” and “reproductive health care” might be a good PR stunt, but American workers will come to see right through it.

How sad that 180 businesses are priding themselves on killing babies. Abortion may be a short-term way to reduce costs, but workers and their children deserve better. Companies ought to be concerned about their long-term bottom line: caring well for moms and dads who will raise the workers of tomorrow.