Washington State May Have Triggered the Next Major Religious Liberty Case 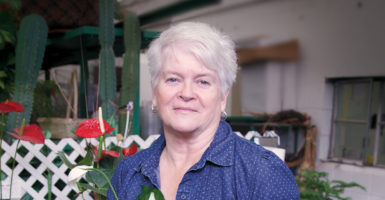 The Washington state Supreme Court ruled against florist Barronelle Stutzman even after the Supreme Court vacated its prior ruling. (Photo: Alliance Defending Freedom) 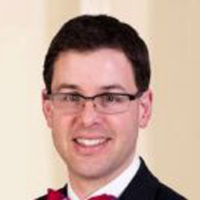 One year ago last week, in a major religious liberty case, the Supreme Court ruled in favor of Christian cake artist Jack Phillips. Yet just one year later, a floral artist in Washington state now finds herself in similar circumstances to Jack. Her case could prompt the U.S. Supreme Court to revisit the matter.

Though the court’s decision spelled a needed victory for Jack, it stopped short of addressing a broader constitutional question: Are creative professionals like Jack, who gladly serve everyone but simply decline to express certain messages or celebrate certain events, free to live according to their faith without fear of government coercion?

Rather than wading into that question, the high court ruled in Jack’s favor because of the hostility Colorado had shown throughout a six-year ordeal that left Jack no option but the highest court in the land.

The state’s unelected civil rights commission openly compared Jack’s attempts to protect his religious freedom to the actions of slaveholders and Nazis. And it denied him equal treatment compared to owners of other cake shops who—unlike Jack—were free to decide which custom cakes to create in accord with their beliefs.

As if to mark the occasion—and, seemingly, to beg the Supreme Court to weigh in decisively on the broader issue—the Washington state Supreme Court has now delivered a ruling on a related case that paves the way for the justices to take another look at this important question.

That case, State of Washington v. Arlene’s Flowers, bears striking similarities to Masterpiece Cakeshop. How similar? So much so that the U.S. Supreme Court wiped out the state court’s 2017 decision in that case and sent it back for reconsideration in light of Masterpiece.

Given a chance to make things right, the Washington Supreme Court missed the mark in a big way. Its justices chose to ignore basic freedoms guaranteed to all Americans and allow the state to target Arlene’s Flowers owner Barronelle Stutzman specifically for her Christian faith.

And like Jack, it’s these very beliefs that her state simply will not tolerate.

In 2013, a customer named Rob, who Barronelle had served for nearly a decade, stopped by her award-winning florist shop. The two were friends—Rob was a regular at the shop and had purchased dozens of floral arrangements over nine-plus years. Barronelle knew Rob was gay, he knew she was religious, and neither of those facts had presented a barrier to them.

So it was with compassion and kindness that, when Rob asked Barronelle to create custom floral arrangements for his upcoming wedding, she explained why she had to decline. Rob told Barronelle he understood, they talked about the wedding and engagement, they hugged, and they parted as friends.

As Barronelle has said numerous times, if Rob came back to her shop today, she would gladly serve him another 10 years.

But that wasn’t the end of the story. When a social media post from Rob’s partner caught the attention of Washington Attorney General Bob Ferguson, he immediately pounced. Acting without any complaint from Rob, Ferguson embarked on a personal vendetta against Barronelle, suing her business and suing Barronelle in her personal capacity.

Soon, the ACLU filed a lawsuit against Barronelle, and the combined attacks have put Barronelle’s life savings in jeopardy.

As in Jack’s case, Barronelle has been denied equal treatment. While Ferguson has targeted Barronelle for personal destruction—marshaling unprecedented taxpayer resources in doing so—he’s allowed overt hostility against a group of Christians on the part of a coffee shop owner (an incident caught on video) to go unanswered.

Yet, rather than addressing the religious hostility and unequal treatment, the Washington Supreme Court side-stepped the question altogether, narrowing Masterpiece in a way the U.S. Supreme Court had not.

Justice Elena Kagan recognized that the Supreme Court in Masterpiece announced that “state actors cannot show hostility to religious views; rather, they must give those views ‘neutral and respectful consideration.’”

The Washington Supreme Court limited “state actors” to include only “state judges or adjudicators,” giving a free pass to other government officials like the state attorney general.

The Masterpiece ruling and the First Amendment are clear: No state actor—whether a judge, police officer, attorney general, president, or governor—may treat one U.S. citizen worse than another because of his or her faith.

The Washington Supreme Court is forcing the U.S. Supreme Court to drive that message home yet again. And Barronelle’s case will give the high court a great opportunity to do just that.