I’ve Had 2 Abortions. Here’s Why I Support Alabama’s Pro-Life Law. 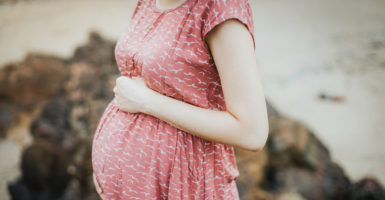 "I promise you, at some point, the mother will realize that her child was killed, and it will overwhelm her," writes Leslie Dean. (Photo: d3sign/Getty Images) 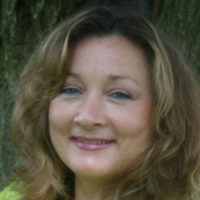 Leslie Dean is a regional coordinator for the Silent No More Awareness Campaign, which seeks to spread the truth about abortion.

I’m an unlikely person to be supporting Alabama’s new pro-life law. I was pro-choice for many years, and as a young woman I had not one, but two abortions.

Both of my abortions would have been illegal under Alabama’s new law passed last week. The law bans abortion at all stages and allows an exception only to save the life of the mother. Other states like Missouri and Louisiana aren’t far behind Alabama—and I applaud them all.

I’ve come a long way to get to this position. As I mentioned, I was once pro-choice. In 1972, I actually joined a high school walk-out march protesting the fact that Planned Parenthood wasn’t allowed to do a presentation at our school.

After graduating from nursing school, but before receiving my license, I was working in a hospital in Maryland. One evening, I was asked to assist a doctor with some procedures. I was not aware that this hospital did second trimester abortions until I arrived on the floor and was given my assignment.

There were three women there—all had been given saline injections into their uterus, and then placed on Pitocin drips to encourage contractions.

I spent the majority of time with one of the women, a 29-year-old who shared with me the circumstances behind her decision to abort. She had come home early from work the day before, and caught her husband on their living room couch having sex with another woman.

She said she left the house, and in her extreme hurt and anger decided the best way to get back at him was to tell him she had a miscarriage brought on from the shock of what she had witnessed. He would never know she had actually aborted their child.

Shortly after sharing this, her contractions became close enough that the doctor and I took her to the treatment room, where she began to push and eventually delivered a small baby boy a little larger than the size of my hand.

The doctor estimated him to be between 19-20 weeks. His body had been badly burned, and the expression on his face was unmistakably one of intense pain. He was still alive.

Other states like Missouri and Louisiana aren’t far behind Alabama—and I applaud them all.

The doctor explained if the eyes were not “fixed” we may need to resuscitate. As he held up the baby to check the eyes, the mother saw him and began to scream uncontrollably: “Oh, God, what have I done?”

Declaring the eyes were fixed, he dropped the baby in a bucket on the floor where I saw it moving and gasping for breath, and then died. The mother became hysterical and had to be medicated.

I ended up going home sick. Eight months earlier, my husband and I had chosen abortion so I could finish nursing school, and the reality of that decision now weighed heavily on me.

That marriage ended, as is often the case in relationships involving abortion. I remarried, had a child, and when I soon became pregnant with a second, my husband claimed he wasn’t ready, and I aborted again.

This time, I fought for the baby, but went ahead with the abortion after he threatened to leave me. I believed the doctor when he told me the baby had no heartbeat or body form, and I went through with the procedure—though every fiber in me was unsure.

Two years later, now pregnant with a child we wanted, I had ultrasounds done regularly. I was shown a sonogram of my baby—at the same age as the two I aborted. It had arms, legs, a distinctive heartbeat (separate from my own), and most of all, was moving constantly as I watched.

The horror I felt when I realized I had been lied to—not once, but twice, and by different doctors—was overwhelming.

The regret was crushing. And the anger was immeasurable.

The horror I felt when I realized I had been lied to—not once, but twice, and by different doctors—was overwhelming.

I found forgiveness when a dear friend introduced me to Jesus. I found healing in a post-abortive recovery group, and I found purpose in promising to keep other woman from being lied to and deceived as I had been.

I am now a nurse manager at a pregnancy center, and have been trained to do ultrasounds on the clients who come to us for help. Daily, I see the shock, and then the tears of women as they realize the child they were getting ready to abort is alive and moving within them—and has a beating heart!

One young 16-year-old told me, “The baby’s heartbeat is so much faster than mine! It has its own heartbeat, separate from me! So it’s not my body, it’s his! I would be getting rid of him!”

Pretty profound wisdom for a teenager.

Daily, I see the shock, and then the tears of women as they realize the child they were getting ready to abort is alive and moving within them.

The pain on the face of the baby I helped abort, and the pain of his mother as she realized what she’d done, should never have happened. It should never be something either of these human beings experienced.

The rhetoric on the other side says that post-abortion trauma doesn’t exist, that women don’t regret their abortions. I know that’s a lie. But what was worse for me was finding out the truth after the lie. The betrayal and regret almost destroyed me.

I commend the legislation being passed in states like Alabama, Missouri, and Georgia. These latter two states are advancing bills to ban abortion from when a heartbeat is detected. This means doctors will have to perform sonograms to see if the baby has a heartbeat, and then the mother will see her child.

That is a very compelling piece of information for a woman. She deserves that opportunity so she will know the truth. Her baby is alive, and all it needs to someday become a person—just like her—is time to grow.

I also believe the adoption option needs to be made more accessible and affordable. High schools should offer more education about this so that kids can know the truth about open adoption and the safety of intensive background checks.

The rhetoric on the other side says that post-abortion trauma doesn’t exist, that women don’t regret their abortions. I know that’s a lie.

I promise you, at some point, the mother will realize that her child was killed, and it will overwhelm her. She will want to know why she wasn’t told the truth.