Before I Had Abortions, Nobody Told Me the Truth. Now I’m Supporting Alabama. 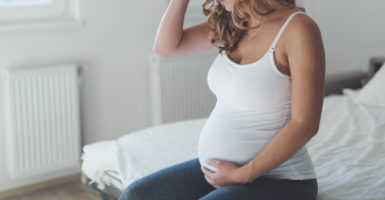 Each time I see a woman entering an abortion facility, my heart breaks because I walked through those doors … twice. (Photo: nd3000/Getty images)

Patti J. Smith is the assistant director of Rachel’s Hope Healing Ministry and is the former regional coordinator of Silent No More Awareness Campaign in San Diego, California.

As a woman who has experienced abortion, I would like to share the truth of what abortion does and counter the arguments of the pro-abort/pro-choice community who are so enraged at the new Alabama abortion law, which makes it a felony for doctors to perform abortions in most circumstances.

Each time I see a woman entering an abortion facility, my heart breaks because I walked through those doors …  twice.

I was scared, confused, and felt I had no other options.  I fell for the pro-abort rhetoric that it was my body, my choice, and that I was doing the right thing.

Nobody told me the truth.

Nobody told me there would be a lack of compassion as I laid on that table … no one held my hand or offered any comfort at all. Instead it was treated like it was no big deal. It was as if I was going in to have a splinter removed.  The only smile I got was when I handed over the money.

Nobody told me I would eventually realize what I destroyed was not tissue or a clump of cells, but my children …  or that guilt and shame would follow me for decades.

Nobody told me that abortion could lead to alcoholism and drug abuse. I’ve now been sober for twenty years, but for over twenty-five years, I was a raging alcoholic. Why? Because I had to do something to forget what I had done and to numb the pain.

Nobody told me that abortion leads to unsavory behavior, such as promiscuity.  I’m embarrassed to say I reached out everywhere else for love because I could no longer love myself.

Moreover, when I tried to settle down, nobody told me I would sabotage those relationships.  I had two failed marriages because I couldn’t allow myself to be happy.

Nobody told me that abortion leads to depression.  The same alcohol I used to forget the abortions and numb the pain contributed to my hurting everyone I loved, leaving me in self-imposed isolation, shrouded in darkness.

I became suicidal and ended up in a psychiatric hospital.  When asked why I wanted to die, I told the admitting psychiatrist I was already dead inside and just wanted to finish the job.

Nobody told me abortion results in other life-altering decisions. I lost the chance of experiencing the miracle of carrying and bearing a child by convincing a doctor to give me a tubal ligation at the age of 30 because I didn’t deserve to be a mother

Those who claim that not having access to abortion hurts women and also claim that having a choice on continuing a pregnancy is empowering could not be further from the truth in their assertions.

Abortion hurts women.  Not only does it kill an innocent baby, but it also ends the normalcy of a woman’s life, as indicated in my story as well as the stories of countless others.

Moreover, as to choice being empowering, that’s just another lie. Empowerment allows a woman to be comfortable in her skin, confident and at peace. Once a woman has an abortion, empowerment slowly slips away, leaving nothing but a gaping wound in her soul only to be backfilled with pain, self-hatred, guilt, shame, and remorse.