Will Nation-States Make a Comeback in EU Elections? 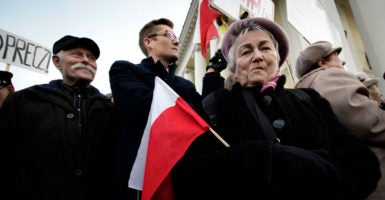 Demonstrators partake in a rally at city hall in Warsaw, Poland, on March 18. (Photo: Jaap Arriens/NurPhoto via Getty Images)

Poland recently enjoyed the so-called Long May Weekend—a local holiday weekend that combines Labor Day (May 1) and Constitution Day (May 3). The latter commemorates the enactment of the Polish Constitution in 1791.

This year’s Long Weekend was of particular interest, as May 1 coincided with the 15th anniversary of Poland’s accession to the European Union. That’s why today, in Polish public debate, much attention is being paid to the EU—to what it has given us and what it will look like in the future.

Moreover, the European Parliament is set to hold election on May 26, and the campaign has reached its zenith.

All of this raises questions about how the EU might change after the elections and after Brexit is complete, and what transatlantic relations will look like.

Battle for the Soul of the European Project

From the Polish perspective, there is a raging war over values between two factions—a battle for the soul of the European project.

Today, the first group is represented by Germany, France, and the EU bureaucratic machine. The second group is reflected particularly in Hungary, Poland, and in the U.K. in the form of Brexit.

The first set of actors advocate greater unity, multiculturalism, respect for common rules, and continued deepening of the EU, including adding new countries into the eurozone. In principle, this means greater influence for Brussels, and thus for Germany and France, the two largest players in the EU.

Yet after 15 years in the EU, Poland is becoming a strong voice representing the second group. This group understands what a constant deepening of the EU entails, and it has noticed cracks in alliances and a growing suspicion among EU countries.

From a political perspective, the dispute is about determining where the periphery of EU is, who will become a second-class member of EU, and worse, who will remain one for longer.

Berlin and Paris are looking to maintain and expand their spheres of influence. This is understandable, as are the intentions of the newer EU member states like Poland and Hungary, who are beginning to realize the importance of their own historic moment and potential for the first time since the end of the communist era.

The election campaign has centered on the future of the EU, but used different language. Voters in Europe have little understanding of what the European Union really is, and the more the union deepens, the less it is understood.

The difference between the European Commission, the European Council, and the European Parliament is hard for most to grasp, and the confusion is made worse by the stunning erosion of democratic control of government. Bureaucrats seem to have seized all the important levers of power.

This is why voters are so energized. But what will it all amount to?

The Return of Nationalism?

Nationalism is on the rise in Poland—not necessarily overt nationalism, but a de facto patriotic attitude similar to the way Americans respect their own country. This nationalism has gained strength in response to EU consolidation of control.

The more the union deepens, the more distant and abstract it becomes. The stronger people feel they have no control over their own political affairs, the more they will seek to assert self-governance through democracy and patriotism.

In the case of Poland, this mechanism goes way back and was arguably one of the foundations of the Solidarity movement, which helped establish democracy at the end of the Cold War. This is not a new phenomenon.

The European project has long suffered from a significant democratic “deficit,” a lack of input from citizens and a lack of common understanding among Europeans of how EU institutions function.

Ordinary citizens don’t really know the difference between the European Council and the Council of European Union, for instance, and the public has little influence on the election of individual EU commissioners. But they do understand the role of European Parliament, if only because it is a copy (or poor substitute) of what they already know.

This lack of understanding has resulted in low participation in EU elections (in Poland, voter participation never exceeded 46%) and a one-dimensional discussion about the EU itself, its future, and its functioning. As a result, the dissonance is growing.

Despite many years of success, the European project will never replace the nation-state as the core unit of political life. In the future, we can expect to see member states returning to the roots of their own domestic politics as they seek to recover sovereignty.

We can already see the beginnings of this in Poland, Hungary, and the United Kingdom.

How Does This Affect Transatlantic Relations?

The key to strengthening transatlantic relations lies in the revitalization of geopolitical relations, and the foundations of cooperation in this area have eroded.

Geopolitical thinking has been declining in Europe over the years. The result is a lack of vision for what role the EU should play in the international arena. The most visible symptom of this way of thinking is the lack of a common and rational defense policy.

For decades, the EU has built its position on the basis of economic interests, setting geopolitical issues aside. This is primarily owing to the preferences of the EU’s largest countries.

This has created differences between the EU and U.S. on approaches to Iran, for instance, and even more so in economic disputes such as the Transatlantic Trade and Investment Partnership, the issue of imports of steel and cars, and the dispute over the aviation industry, which has been going on for years in the World Trade Organization.

EU institutions have made economic interests the core of their focus. This is a result of the EU’s competence in this area. The EU is uniquely competent in developing external trade policy through the European Commission.

On the other hand, European foreign and security policy is shaped primarily by intergovernmental institutions—that is, by the member states themselves. The commission takes a much more minor role here.

Despite the EU’s unique competencies, it is still the member states that play the fundamental strategic role in both the economic and geopolitical spheres. Proof of this is the fact that France and Germany, the EU’s most influential countries, essentially set the agenda for the EU’s economic policy.

Will the forthcoming elections be able to reverse course and begin restoring democratic control? The gap between the European bureaucratic class and ordinary citizens is getting wider, and the wider it becomes, the more likely it is that the nation-states—the core building blocks of the union—will begin to reemerge as dominant players. 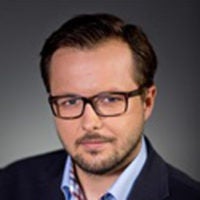