How Equality Act Would Promote Abortion 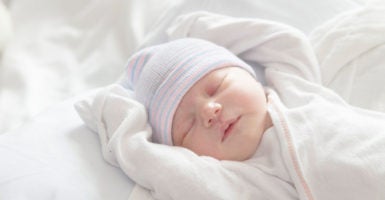 In the history of bad bills, there are a lot of doozies. Just in the last handful of months, we’ve had a Democratic grab bag of everything from abolishing Immigration and Customs Enforcement to the Green New Deal. But nothing—not even Rep. Alexandria Ocasio-Cortez’s, D-N.Y., crusade against airplanes and cows—compares to the one measure that out-radicals them all: the Equality Act. And the worst mistake any of us can make is not taking the threat seriously.

Maybe, like a lot of Americans, you think the Democrats’ H.R. 5 is just about sex and gender. Well, think again. This isn’t just the most extreme LGBT bill ever written. This is one-stop shopping for the worst the far-left agenda has to offer—including, we’ve discovered, the largest expansion of taxpayer-funded abortion this country has ever seen.

That’s right. The Equality Act doesn’t just torch religious freedom and the First Amendment, it guts every pro-life protection ever passed into law.

On the Hill, the Congressional Pro-Life Caucus is just one of the groups frantically trying to warn members. Now that the text of the bill has been released, staffers have had time to comb the language for land mines. And based on what our team has seen, there’s a field of them.

Under this big new umbrella of “discrimination,” any American who doesn’t want to fund, offer, perform, or participate in abortion on demand will have no real choice. They can conform—or they can be punished.

If you thought the Obamacare mandate was bad, the Equality Act will look like a Sunday picnic by comparison. Taxpayers will be openly funding the culture of death all across America. Every wall that’s been built between abortion and the government would come crashing down, including the Hyde Amendment, the pro-conscience Weldon Amendment, and several international barriers that keep our country from exporting abortion.

And, since the left has made sure to strip out any religious liberty protections under the Equality Act, faith-based hospitals and medical staff could find themselves completely defenseless against a sex discrimination claim for refusing to perform or offer abortions—which liberals will argue gives “a related medical condition” to pregnancy “less favorable treatment than other physical conditions.” State laws could be just as vulnerable in court, where activist judges are all too eager to expand abortion.

Make no mistake: H.R. 5 isn’t just a threat to freedom, business, privacy, education, sports, and faith. This is a threat to innocent human life.