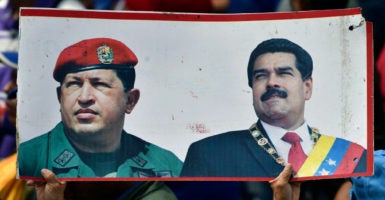 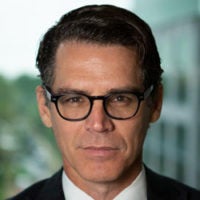 Daniel Garza is president of the LIBRE Initiative.

After my recent Spanish-language column at Univision.com looked at the economic collapse in Venezuela, I heard from proponents of socialism who tried to blame the disaster not on the socialist policies of Hugo Chavez and Nicolas Maduro, but on American economic sanctions.

The past week saw even more terrible news from Venezuela, with a weeklong power outage and images of people in a once-wealthy country now reduced to getting drinking water from tainted rivers.

It’s essential that we draw the right lessons—so that no one else makes the mistake of going down this same road.

The track record shows that long after Chavez was elected—and long after he imposed destructive policies that put Venezuela on the road to economic ruin—Venezuela continued to benefit from strong economic ties with the U.S.

The Maduro regime and its supporters abroad like to blame sanctions, but according to the Congressional Research Service, the first U.S. economic sanctions on the Caracas government did not begin until 2008, and even those were limited to only a few individuals and institutions. More serious U.S. sanctions came years later.

The numbers show that Americans and American companies continued boosting the Venezuelan economy with trade and investment well into the reign of Chavez.

American investment in Venezuela, investment that supported job creation, actually grew in the years after 2000—reaching $13.5 billion in 2008.

After a brief two-year dip, it began climbing again and exceeded $13 billion in 2013. So, American investors were committing resources to Venezuela in ways that helped increase economic opportunity.

It’s a similar story with imports and exports. In the year 2000, total annual trade between the United States and Venezuela was under $24 billion. By 2008, two-way trade had climbed to nearly $64 billion—with more than $50 billion going from the United States to Venezuela in just one year to pay for imports from that country.

By 2012, trade between the two countries had slowed somewhat, but even then it totaled nearly $60 billion—still a large increase during the Chavez years.

We know that Chavez made major destabilizing changes in Venezuela long before. Chavez was first elected in Venezuela in 1998, vowing to fight corruption and make sure that national wealth was shared more broadly and fairly.

In 2001, he pushed through a land confiscation and redistribution scheme that failed, leading to reduced food production and increased need for imports.

The land “reform,” combined with the currency controls imposed in 2003, badly hurt Venezuela’s agricultural sector. Those failures weren’t the result of any outside interference; they were homegrown.

Chavez imposed numerous other changes as well, many intended to shut down criticism and concentrate power in his hands and those of his cronies. In 2002, he purged PDVSA, the national oil company, of dissidents and critics of his socialist policies and leadership, then continued purges the next year.

Not surprisingly, oil output in Venezuela began a multiyear decline during and after these purges.

In 2003, Chavez began imposing price controls. In 2005 came the breakup of large estates and regulations to punish critics in the media. In 2006, the outright nationalization of private companies began. That same year saw a military deal with Russia.

Yet through all of this, American investment in Venezuela continued and grew, and trade between the two nations actually expanded. American sanctions didn’t contribute to the growing economic problems during this era, because there were none.

In 2009, the government imposed production quotas for staples, leading to shortages. In 2010, Chavez devalued the currency, the bolivar, to try to boost oil revenues. Moves like that may produce short-term results, but they destabilize the economy and frighten investors, hurting growth in the longer term.

In 2012 came more price controls, and then Chavez’s victory in a fourth consecutive presidential election—but only after he pushed through the abolition of term limits, grabbing more power for himself.

And while Chavez and his successor, Maduro, imposed new and damaging policies on Venezuela’s economy, they enriched themselves at the expense of their people.

Chavez’s net worth was estimated to be more than $1 billion when he died in 2013, and his family had partnered with criminals to skim $100 billion from the national economy.

Nowadays, Chavez’s family members and those of Maduro flaunt wealth estimated to be in the billions, wealth that’s been sucked out of the Venezuelan economy over the years.

Chavez’s former bodyguard-turned-treasurer has admitted to receiving more than $1 billion in bribes. These private fortunes are the corrupt legacy of populists who promised to spread the nation’s wealth more widely.

When you look at Venezuela over the past 20 years, you see the result of leaders who were sure that they knew better how to manage an economy than millions of consumers and producers. These government experts tried to dictate prices and currency values, as well as what is produced and by whom.

They thought they could manage an incredibly complex economy, down to the last detail. They failed—as all government management is prone to when it becomes more complex.

And what is worse, when the failures became clear, Chavez and Maduro didn’t change course—nor did they learn a lesson. Instead, at every step, they doubled down. The result was a complete collapse of the economy and the nation in a disaster that is impoverishing millions.

We should all be able to see this collapse for what it is—and commit to not repeat these terrible mistakes.

A version of this column originally appeared in Spanish at Univision.com.