Why the House’s Retirement Savings Bill Is a Mixed Bag 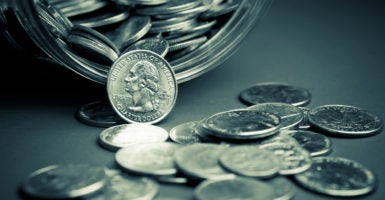 "The bill’s counterproductive provisions that could decrease personal saving should be replaced with a universal savings account to expand the ability of Americans to save more widely," write Adam Michel and Rachel Greszler. (Photo: Royalty-free/Getty Images)

Retirement savings accounts, such as 401(k)s and IRAs, are crucial for personal retirement saving. They shield investments from being taxed twice and encourage people to save for their own retirement.

Yet, many Americans don’t take advantage of these plans due to their complexity and other barriers.

A new bill in the House, the Secure Act, contains several important provisions that would expand the ability of more Americans to save, but stops short of necessary comprehensive reforms to retirement and other savings programs, such as universal savings accounts.

The bill also includes several counterproductive provisions that should be abandoned, as some would—and others could—reduce retirement security for some Americans.

Here’s a look at some of the pros and cons of the legislation.

It would also repeal the current 70 and a half current maximum contribution age so older Americans can continue saving for their increasingly longer lives.

Similarly, the minimum distribution age—that is, when retirees are required to start drawing down their retirement accounts—would increase from 70 and a half to 72. That cap should be increased further and tied to life expectancy, or better yet, eliminated entirely.

Allows new child and adoption savings: The Secure Act would give families access to their own retirement accounts to support parental leave for the birth or adoption of a new child.

Allowing workers to make penalty-free withdrawals from their IRAs or 401(k)s for family leave would help increase access to affordable and sustainable family leave without a new government entitlement or mandate.

Encourages education savings: In 2017, college savings, or “529” plans, were modified to allow parents to use money in these accounts for K-12 expenses.

The Secure Act would build on these good reforms by allowing the money saved in 529 accounts to go toward home schooling, apprenticeships, and student loan expenses.

These reforms help parents and students pay for education options outside the traditional school system, giving Americans more choice in their education.

Forces expanded access for part-time workers: The bill attempts to increase workers’ access to 401(k) plans by requiring employers who have retirement plans to offer them to all employees, including part-time workers.

While this could expand access to some workers, employers should have the freedom to design their benefit structure in a way that works best for their company.

For instance, some employers require a full year of employment before an employee is eligible to participate in their retirement plan, because doing so both limits their administrative expenses and encourages employees to remain with the company.

Restrictions on how employers structure their benefits drive up the costs of offering retirement plans, and in so doing, this provision could actually reduce access for some workers if their company stops offering a retirement plan because of the requirement to include part-time workers.

Raises taxes on middle-class savers: When a retirement account is passed on to an inheritor at death, the new beneficiary can count the inherited savings as their own retirement savings, and apply new minimum distribution rules pegged to their life expectancy.

The Secure Act would require the inherited plan be distributed within 10 years. That would raise revenue because tax collections on the inherited gains would happen earlier and at higher tax rates.

This acceleration of required minimum distributions will raise taxes on savers who could otherwise save their inheritance and not pay taxes until they withdraw it in retirement.

Increases tax credits for small employers: Small employers often don’t offer retirement plans to their employees due to the system’s complexity and the high cost of fiduciary and regulatory risks.

The Secure Act would add a new tax credit to encourage small employers to set up and automatically enroll their employees in retirement savings plans. Another expanded tax credit would be available for small employer pension plan startup costs.

These credit schemes don’t address the underlying problems of complexity and represent new tax code spending. Moreover, because Congress has failed to properly regulate certain multiemployer pension plans, these plans do not represent secure retirement programs for workers, and the federal government should not subsidize their creation.

Instead of complex tax subsidy schemes, Congress should focus on eliminating the regulatory and legislative impediments to retirement savings.

The bill’s counterproductive provisions that could decrease personal saving should be replaced with a universal savings account to expand the ability of Americans to save more widely.

Moreover, knowing the deep troubles of multiemployer pension plans—which have promised workers $638 billion more than they set aside to pay them—it is downright reckless of Congress to propose that community newspapers should be allowed to shortchange their workers.

To better meet the same goals of helping families save for their own priorities, Congress should include the previous bipartisan House proposal for a universal savings account.

These simplified accounts would allow taxpayers to contribute after-tax income to a saving account, and withdrawals would be tax-free and not reserved strictly for retirement.