Planned Parenthood’s Annual Report Is Out. Here’s What You Need to Know. 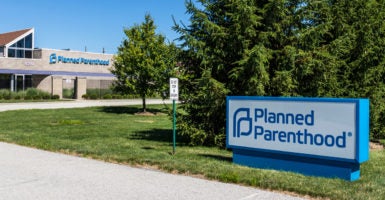 The document affirms the assertion of new President Leana Wen that providing and expanding access to abortion is the “core mission” of Planned Parenthood.

Planned Parenthood performed 332,757 abortions during the reported year, the most the abortion giant has reported since 2011-2012.

In contrast, non-abortion services have declined significantly. Planned Parenthood reported a decrease in the provision of various services in 2017-2018, including:

Planned Parenthood reported the same number of patients (2.4 million) and clinical visits (4 million) in both 2016 and 2017.

Abortion is, indeed, the core mission of Planned Parenthood, and taxpayers should not be forced to subsidize America’s abortion giant.

Instead of allowing more than half-a-billion taxpayer dollars to flow to Planned Parenthood each year, policymakers should direct those funds to the thousands of centers that provide health care to women without entangling services with abortion on demand.