Conviction of Genocidal Leaders in Cambodia Is Better Late Than Never 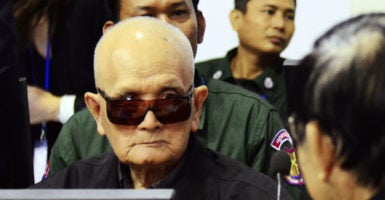 Jacob Ford is a member of the Young Leaders Program at The Heritage Foundation.

The conviction comes four years after the same tribunal found the two Khmer Rouge leaders, Nuon Chea and Khieu Samphan, guilty of crimes against humanity and sentenced them to life in prison.

While the conviction can be seen as a positive step in holding human rights abusers accountable for their actions, victims of the Khmer Rouge regime’s brutality would argue that it took far too long for justice to be delivered.

The Khmer Rouge killed an estimated 2 million Cambodians during their reign of terror from 1975 to 1979, and that’s a conservative estimate. The Khmer Rouge regime sought to eliminate people it thought stood in opposition to its political goal of creating a self-reliant agrarian utopia in Southeast Asia.

The Cambodian genocide was among the worst atrocities of the 20th century. 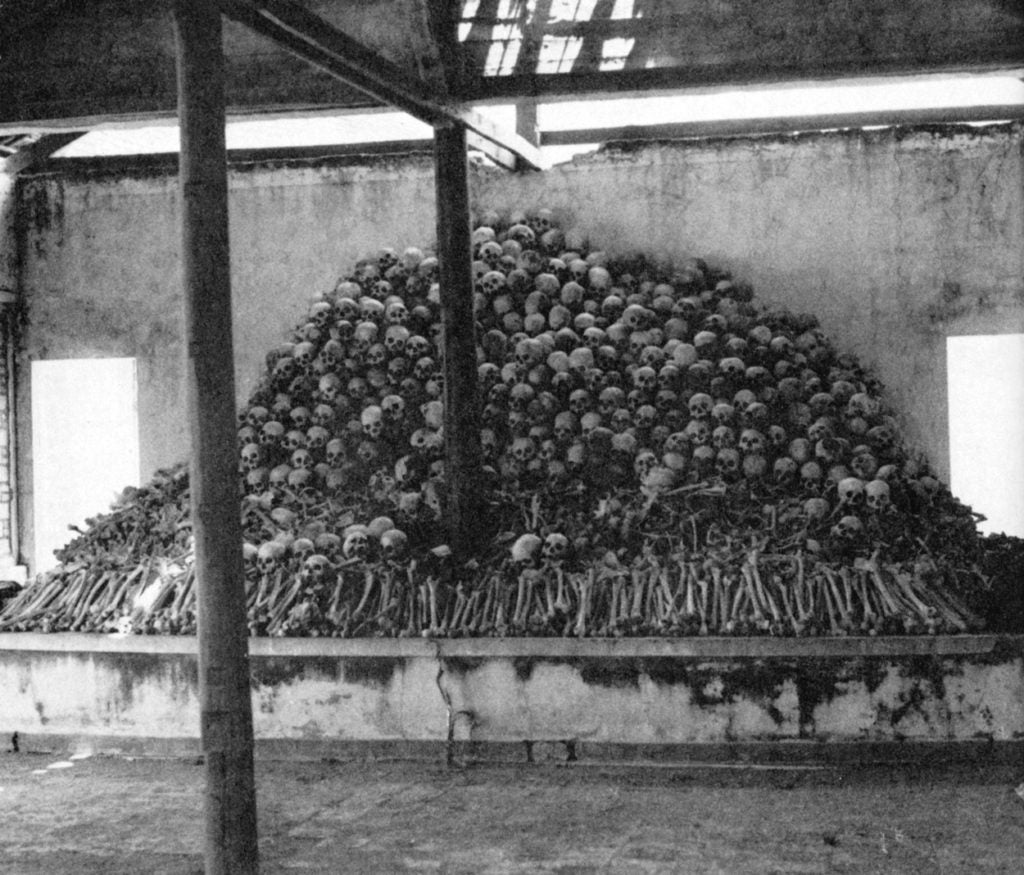 The new convictions come in the midst of political turmoil in Cambodia. The opposition party in Cambodia has been outlawed; the main opposition leader, Kem Sokha, is under de facto house arrest; and in July, Cambodia held a sham election that secured the continued leadership of Hun Sen, who has ruled the country for close to 40 years.

The U.N. special adviser on the prevention of genocide, Adama Dieng, made a statement about the conviction of the two Khmer Rouge leaders, welcoming the outcome of the trial as a success.

“All the people who have suffered as a result of the heinous crimes committed by the Khmer Rouge in Cambodia during this period have waited a long time for justice,” he said. “Hopefully, this decision will provide them with some measure of redress and solace.”

While the sentencing of Nuon Chea and Khieu Samphan in Cambodia sets a precedent, proving that justice will eventually prevail, the amount of time it took for the United Nations to convict the two Khmer Rouge leaders for genocide is regrettable.

Following the first conviction, which found the men guilty of committing crimes against humanity in 2014, one of us (Olivia Enos) suggested that justice delayed was justice denied in Cambodia, writing, “While their convictions are a step forward, many victims of Khmer Rouge brutality did not live to see justice delivered.”

The same can be said about the most recent convictions. Victims of genocide in Cambodia deserve to be remembered, and deserve to see justice delivered.

It is crucial for courts throughout the world to act swiftly in convicting those who are found guilty of committing such heinous crimes, so that justice is no longer delayed and denied.