The Immigration Scandal No One Is Talking About 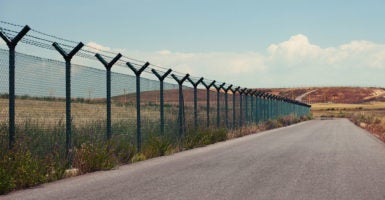 For decades, immigration officials misled members of Congress about the extent to which illegal aliens failed to attend court hearings. (Photo: CactuSoup/Getty Images) 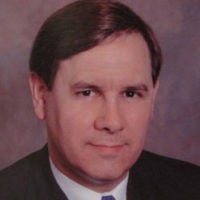 Mark H. Metcalf served in the administration of George W. Bush in posts at the Justice and Defense departments, including a judgeship on the Miami Immigration Court. He is a Kentucky prosecutor and a veteran of Iraq.

Among the least talked about scandals in Washington is how immigration officials spent decades misleading Congress about the number of migrants evading court. I discussed that scandal at length in my last article.

In advancing this decadeslong effort, no accounting trick and no false narrative was out of bounds. Never in any year did these officials tell the real story of a court system in crisis. Brave rhetoric and bleached numbers consistently camouflaged the courts’ disarray.

“The fight against terrorism,” the Bush and Obama administrations boldly declared from 2005 through 2012, “is the first and overriding priority of the Department of Justice. … A key component of this effort is the securing of our nation’s borders and the repair of the immigration system as a whole. The application and enforcement of our immigration laws remain a critical element of this national effort.”

Both administrations insisted that immigration courts serve “as the front-line presence nationwide in immigration matters.”

Yet court officials’ words and actions didn’t match up with a “front-line presence.” While nearly a million people ran from court over the last 22 years—meaning 37 percent of all those free pending trial failed to appear for their hearings—no alarm was sounded by those in charge.

The courts’ 2007 annual report is just one example of the misleading numbers court officials pushed out for congressional oversight and public consumption each year.

But gaming failures to appear in court was just one dynamic that officials suppressed to the point of dishonesty. Others, like unexecuted deportation orders, received scant official mention, but got out anyway.

“All should be troubled,” wrote immigration appeals Judge Edward Grant in 2006, “by the fact that only a small fraction of final orders of deportation … are actually executed.”

None of this is new—yet nothing has been done. Failures to appear in court have predicated evasion of removal orders for years and are chronic symptoms of an immigration system turned upside down.

A 1989 Government Accountability Office audit on immigration courts foreshadowed today’s extremes. It concluded that “aliens have nothing to lose by failing to appear for hearings” and noted that over the preced­ing 30 years illegal entry into the United States increased by 2,200 percent—from 45,000 in 1959 to 1.2 million in 1989—and, as illegal entry grew, so did failures to appear in court.

The Government Accountability Office’s audit also addressed cause and effect—and it didn’t blame illegal aliens. “Disregard for the courts,” it stated, stemmed from a “lack of repercussions.” Few aliens, it said, faced any “adverse consequences,” deportation included.

A 2006 Justice Department inspector general’s report agreed, stating the “program for deporting illegal aliens had been largely ineffective” and that “89 percent of nondetained aliens released into the U.S. who were subsequently issued final orders of removal were not removed.”

For a watchful public, these failures prove the gross inadequacy of federal response to problems now years in the making. All involve frail courts, feeble enforcement, and the willingness of government executives to hide embarrassing truths that worsen the causes underlying them.

What’s more is that in human terms, these trends also bring tragedies.

Algerian-born immigrant Ahmed Ferhani was arrested by New York City police on robbery and narcotics charges in 2010. Facing deportation, he remained free pending trial, then fled court in 2011. He was later arrested—but not before plotting attacks on Manhattan synagogues and the Empire State Building.

Jose Alfaro, a Salvadoran national, was ordered deported in 2002. Despite two later arrests, he remained at-large for nine years before murdering three people in Manassas, Virginia, on Feb. 10, 2011.

Kesler Dufrene, a Haitian national and twice-convicted burglar, was ordered deported upon completing his Florida prison sentence in 2010. Still, Immigration and Customs Enforcement released him, and on Jan. 2, 2011, he gunned down two adults and a 15-year-old in North Miami.

From these self-inflicted failures that now tarnish our immigration institutions, a simple lesson emerges: The nation that can elevate the immigrant must likewise sanction the violator.

Immigration done right—by attracting the talented, redeeming the persecuted, and removing the offender—dignifies and enriches us all. The systemic disorder America now faces does neither.