How Immigration Officials Cooked the Books and Fooled Congress for Years 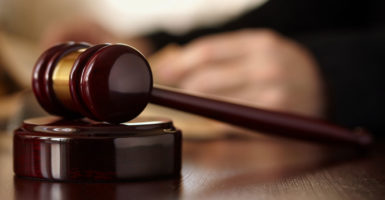 Between 1996 and 2016, immigration officials failed to disclose to Congress the true extent to which illegal aliens failed to attend their court hearings. (Photo: Kuzma/Getty Images) 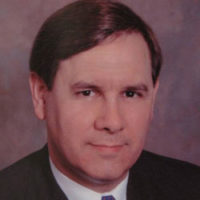 Mark H. Metcalf served in the administration of George W. Bush in posts at the Justice and Defense departments, including a judgeship on the Miami Immigration Court. He is a Kentucky prosecutor and a veteran of Iraq.

A recent Justice Department report on U.S. immigration courts provides a rare glimpse into the difficulties faced by the Trump administration as it repairs the damages inflicted on these tribunals over the last 20 years.

But give credit to the courts’ new executive, James McHenry. Early on, he identified the need for transparency and has made accurate disclosure of court business one of his agency’s highest priorities. Candor, if not reform, demands no less.

It’s a good start for an executive whose predecessors often avoided—and sometimes denied—the truth about the courts’ troubling dynamics. Yet the courts limped along, their annual reports masking a systemic dysfunction never shared with Congress.

While transparency won’t cure the dysfunction, it should identify obvious areas for reform—among them failures to appear in court.

From 1996 through 2016, just under half of all aliens who were set free pending a trial date—1.25 million in total—were ordered removed, i.e. deported. Of that number, 952,291 were removed for evading court. Less than a quarter of this same group actually appeared in court. Over the span of more than two decades of court business, nearly two-fifths (37 percent) of those who were let free before their trial ended up fleeing court.

Since 1996, an average of 45,000 migrants each year disappeared, adding to a backlog of unexecuted removal orders that in 2016 numbered 954,000. If predictions are correct, nearly 57,000 people will evade their hearings in 2018 and bring the 23-year failure-to-appear total to 1.05 million—that’s 9.3 percent of the illegal population in the U.S. as measured by a 2017 Pew Research Center study.

It is here that damage to the courts, immigration enforcement, and national security intersect.

From 2001 through 2005, Immigration and Customs Enforcement freed 45,000 out of nearly 92,000 people who entered the U.S. from terror-linked nations. Released to pursue asylum claims, Department of Homeland Security officials believed many would disappear—and they were right.

Out of 641,000 immigration court decisions handed down over the same period, 43 percent of them—or 279,000 verdicts—directed those who missed their hearings to be removed. Court records reveal that aliens detained and then released to appear in court fled their hearings at roughly the same rate as their counterparts who were never detained.

Unsurprisingly, Homeland Security found that 85 percent of those ordered removed later absconded. In other words, when confronted with deportation, they ran. Seldom, according to ICE records, were any ever rearrested.

How did their flight from court escape notice? How did the practice continue for so long without a reckoning?

The answer lies in mismanagement across both Republican and Democratic administrations that produced weak—and sometimes dishonest—recaps of court business. In essence, federal agencies calculated failure-to-appear rates in a misleading manner for congressional oversight.

Including the detained (people who can’t miss court) in an equation measuring failure-to-appear rates produced the desired effect. It enlarged the denominator, shrank the numerator, and gamed this important metric. A much reduced—and less alarming—failure-to-appear rate resulted.

This is how a whole generation of executives rigged the failure-to-appear rate. Intended to mute embarrassing numbers, its practical effect was deception. Its byproducts were less scrutiny, the concealing of threats, and delayed reform.

The ugly truth is that this deception took place against a giant backdrop of real risk, at a time when the need for honest reporting could scarcely have been greater.

But using their trademark funny math, executives told both Senate and House Judiciary committees that only 39 percent had dodged court. Predictably, the disorder continued.

Such dynamics cannot be ignored—nor such dishonest bookkeeping continued—if the U.S. is to revive its courts and enforcement assets and regain control of its borders. None of this will be easy, though. As recently as 2016, 43 percent of those slated for court never showed.

Mark Twain, that keen observer of all things shoddy, once quipped that “Facts are stubborn things, but statistics are more pliable.” An entire federal agency proved him right.

But one new court executive, armed with some candor, means to prove the exception to Twain’s adage.

Note: A mathematical equation in this article has been corrected.