Fact Check: Are Half of All Border Patrol Agents Hispanic? 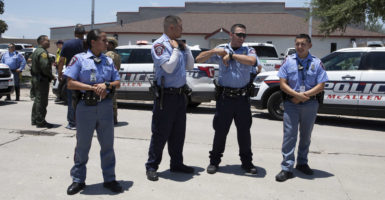 Pavlich’s figure is in the ballpark. About half of all Border Patrol agents—51 percent—were Hispanic or Latino at the end of fiscal year 2016.

Pavlich mentioned the proportion of Border Patrol agents after pundits and politicians made Nazi comparisons when criticizing the Trump administration’s separation of families crossing the southern border.

“This is the United States of America. It isn’t Nazi Germany, and there’s a difference,” Democratic Sen. Dianne Feinstein said in an MSNBC interview last week.

Former CIA Director and CNN national security analyst Michael Hayden tweeted a photo on June 16 of the Birkenau death camp at Auschwitz. “Other governments have separated mothers and children,” he said.

Something you won't hear much about: 52 percent of Border Patrol agents are Hispanic. But sure, continue your Nazi narrative.

The percentage of Hispanic agents was about the same nearly a decade ago. The Houston Chronicle reported in 2008 that 52 percent of Border Patrol agents were Hispanic.

The Border Patrol has a much higher percentage of Hispanic and Latino agents than the general population. The U.S. Census Bureau estimated that about 18 percent of the population was Hispanic or Latino in 2017.

The agency also has a higher proportion of Hispanic and Latino staff than some other law enforcement agencies. A Bureau of Justice Statistics report on local police department personnel across the U.S. found that 11.6 percent of police officers were Hispanic or Latino in 2013. The Dallas News reported that about 7 percent of Secret Service agents were Hispanic in 2014.

Hispanics made up 8.5 percent of the entire federal workforce in fiscal year 2015, according to a report from the U.S. Office of Personnel Management. The Department of Homeland Security, which includes the Border Patrol, had the highest percentage of Hispanic staff at 21.6 percent.

CBP said in March that it employed 19,437 Border Patrol agents. Agents are required to already speak or learn Spanish.

The Trump administration’s “zero tolerance” policy toward illegal crossings led to an increase in the number of migrant families separated when parents were detained. President Donald Trump signed an executive order Wednesday to reduce the number of family separations. 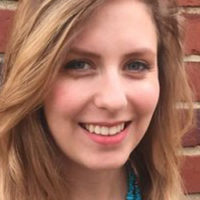