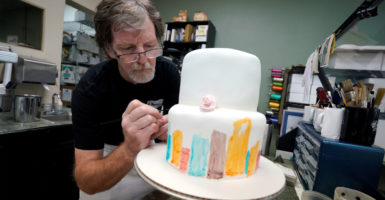 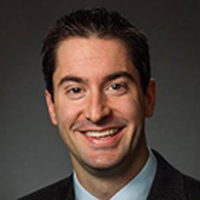 They say to walk a mile in someone’s shoes before judging them.

When it comes to cake artist Jack Phillips, the man at the center of the wedding cake case that the Supreme Court just decided, you’re better off spending a day in his shop.

Phillips’ case—Masterpiece Cakeshop v. Colorado Civil Rights Commission—asked the high court to decide whether the government may order a cake artist to create a custom wedding cake that celebrates a same-sex marriage in violation of his religious beliefs.

The case arose in 2012 when Phillips declined a request for a wedding cake celebrating a same-sex marriage while telling the couple that he would sell them anything else in his shop or design a cake for them for a different occasion.

I recently had the privilege of spending a day in Phillips’ shop. When it was over, I felt like I understood him a lot better.

The first thing you learn when spending time with Phillips is that he cares deeply about the down and out—those who society overlooks. Lately, most of his days have begun with a visit from a local man experiencing homelessness. He and Phillips have struck up a fast friendship. Whenever he comes by, Phillips gives him coffee, cookies, and conversation.

Another regular visitor is a man from a nearby Alcoholics Anonymous group. Some days, the man says nothing to Phillips. He just wants Phillips to shake his hand and acknowledge him. Other days, the two discuss life. They have both seen hard times and appreciate the wisdom of living life one day at a time.

A woman with a heavy Yugoslavian accent also stops by during my visit. She enters the shop with a thank you note in hand, a hug at the ready, and praise on her lips: “It was the best cake ever. You truly are a master of the art.”

The Jack Phillips that I watched that day is nothing like the caricature his opponents in court have painted. They say he engages in “identity-based discrimination,” turning people away because of who they are. But that couldn’t be further from the truth.

Phillips serves everyone. He even offered to serve the gentlemen who are suing him when they originally entered his shop. There are just some cakes, because of the events they celebrate or the messages they express, that he cannot create. Declining requests for custom cakes because of what they say or celebrate is simply not the same as refusing to serve a person because of who they are.

Many claim that this case pitted the gay community against the religious community. My day at Masterpiece Cakeshop disproved that. Around lunchtime, a female customer walked in and asked to speak with the owner. When Phillips emerged from the back, she introduced herself and said: “I’m gay, and I support you. You’re in the right.”

After she shook Phillips’ hand, made her purchase, and left the shop, I discussed that brief exchange with Phillips’s wife, Debi. She nonchalantly said, “That happens all the time,” explaining that many in the LGBT community support Phillips, and that they regularly come by the shop.

While that might surprise you, it actually makes perfect sense. When planning one of the most important days of your life, do you want the law to force a cake artist to design your cake knowing that he can’t pour his heart into it? Or would you rather work with someone who actually celebrates your event with you?

Spending the day with Phillips also reminded me how much the state devastated him and his family. Only three people worked at the shop that day—Phillips, his wife, and his daughter. Before the case started, Phillips had 10 employees. The state’s order that forced him to stop designing wedding cakes, which cost him 40 percent of his business, changed all that.

What’s worse than the lost income and broken relationships from letting employees go was forcing Phillips to give up his decadeslong career as a wedding cake artist. That was a steep cost to pay for following his faith. A small table displaying wedding cakes, surrounded by wedding cake awards that he won in what seems like a former life, is a constant reminder of all the state took from him.

During multiple media interviews on the day of my visit, emotion overwhelmed Phillips, causing him to choke up and his voice to crack. In one of those moments, he recounted a death threat he received while his daughter and granddaughter were in the shop, forcing him to send them in the back to hide.

He also choked up when explaining how the threats got so bad that his wife became too afraid to go into their own store.

Had the Supreme Court ruled against Phillips, things would have gotten much worse for the millions of Christians, Jews, and Muslims whose religious beliefs about marriage are similar to Phillips’. Such a ruling would have marginalized them and pushed them out of significant parts of public life. It would have told them they are no longer full participants in our communities.

My day with Phillips reminded me that such kind, caring people don’t deserve that sort of mistreatment. They don’t deserve to be bullied by the government or banished from the marketplace.

Thankfully, the Supreme Court agreed, making clear that the state was wrong to punish Phillips for living out his faith and that it must respect his religious beliefs about marriage.

So the next time you hear someone badmouth Phillips, remember who he really is—a man unjustly dragged through the mud because he dared to believe that he should be free to live and work consistently with his faith.