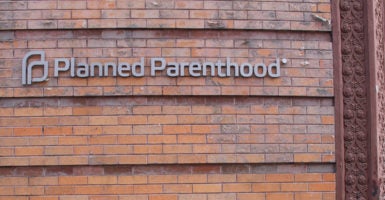 Planned Parenthood is no longer able to administer medication abortions at its three locations in Arkansas following the Supreme Court’s May 28 refusal to hear its suit. (Photo: Stephanie Ott/dpa/picture-alliance/Newscom)

Less than two weeks after the U.S. Supreme Court refused to hear a case [that could have lead to an outcome] that would have allowed Planned Parenthood to continue offering medication abortions, the abortion organization asked a federal judge to reconsider the ruling.

Planned Parenthood attorneys asked U.S. District Judge Kristine Baker Friday to block Arkansas’ law that requires doctors who provide medication abortions to have a contract with another physician having hospital-admitting privileges, according to ABC News. Planned Parenthood became no longer able to administer medication abortions at its three locations in the state following the Supreme Court’s May 28 refusal to hear its suit against Arkansas’ Abortion-Inducing Drugs Safety Act. The abortion organization has been forced to cancel a number of appointments since the court’s ruling.

Previously, a Little Rock federal judge prevented the 2015 law from being enforced. The 8th U.S. Circuit Court of Appeals, however, overturned that judge’s previous decision, after which Planned Parenthood challenged the ruling. The abortion organization alleges the law presents an undue burden on women’s access to abortion when requiring abortion doctors to have a contract with a physician who has admitting privileges at a local hospital.

Planned Parenthood does not look kindly upon the Supreme Court’s decision as evidenced by its second request for another judgement on the law. “This dangerous law also immediately ends access to safe, legal abortion at all but one health center in the state,” Planned Parenthood Vice President Dawn Laguens said following the Supreme Court’s ruling.