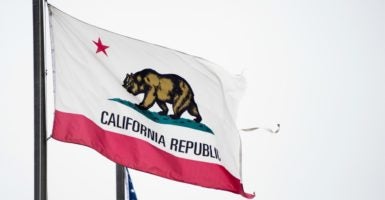 Both houses of the California Legislature have voted to lift the requirement of legal residency in the state to be eligible to receive the state version of Medicaid, adding to the state’s growing list of policies favoring illegal immigrants.

The separate bills in the state Assembly and state Senate come as the state faces a lawsuit from several of its own counties over its controversial “sanctuary state” policy, which shields illegal immigrants from deportation by prohibiting local law enforcement from cooperating fully with federal immigration officials.

That policy has been roundly criticized by the Trump administration as being soft on illegal immigration and placing American citizens and legal residents in danger from criminal illegal immigrants.

The Medicaid-eligibility expansion, which was introduced in the lower house as AB 2965 by Democratic Assemblymen Joaquin Arambula and Tony Thurmond, sailed through the Assembly on May 30 on a vote of 47-25.

A similar proposal, SB 974, in the state Senate introduced by Sen. Ricardo Lara, a Democrat, also passed on a vote of 21-12 the same day.

Democrats enjoy supermajorities in both houses of the Legislature, but Gov. Jerry Brown has not indicated whether he would sign the proposal if the two houses resolve differences in the two bills.

The legislation would expand to adult illegal immigrants coverage that was extended by Brown, a Democrat, in 2015 to children regardless of immigration status.

California was home to an estimated 2.3 million illegal immigrants as of 2014, according to a Pew Research study released in November 2016.

The conservative Hot Air website reported that analysts are “already predicting that they might need to go to the federal government for more help,” but it noted that illegal immigrants are ineligible for Medicaid.

In a statement to Politico, Lara said, “We are trying to address the fact that, whether you like it or not, our undocumented community needs the care, and we are paying for it anyway.

“California has never waited for the federal government, or for a political climate, to be able to take leadership on a whole host of issues,” he said.

But opponents of illegal immigration are taking California lawmakers to task over the proposal, saying that it was just the latest example of the state’s weak policies toward illegal immigrants.

“The best way to deal with illegal immigration is not to worry about, or figure out how to pay for, needs like health care, but to discourage people from breaking the law and bringing their kids here in the first place,” Ira Mehlman, media director for the Federation for American Immigration Reform, told Fox News.