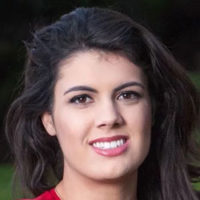 Is President Donald Trump the most pro-life president in history? We discuss some of his most recent steps to protect life in this week’s edition of “Problematic Women,” along with Ed Sheeran’s outrage about pro-lifers playing his song “Small Bump” to oppose repealing Ireland’s abortion ban.

Finally, we discuss a woman throwing water on Fox News contributor Tomi Lahren at a restaurant in Minneapolis. Watch in the video above, or listen in the podcast below.