In These Countries, Freedom to Choose What to Believe Is Under Threat 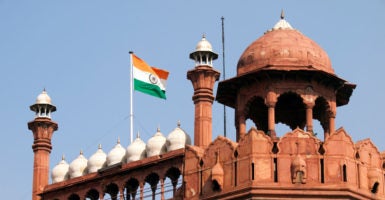 Eight states in India have anti-conversion laws in effect, including two states that adopted them in the past year. (Photo: Gannet77/Getty Images) 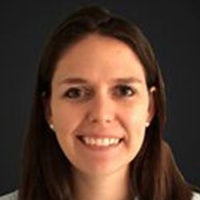 Meghan Grizzle Fischer works as a legal counsel for ADF International at the United Nations.

For most people in the West, the decision to adopt a new faith is a serious one, made after thorough investigation of the truth claims of various religions. That weighty decision is also a free one.

Yet for many people around the world, that basic freedom is lacking. Too often, governments impose obstacles to block citizens from converting to another religion.

At a recent policy event on Capitol Hill, Balakrishnan Baskaran, who serves as a legal consultant to ADF International, shared about the obstacles faced by religious minorities in his native India. His family converted to Christianity from Hinduism. Such a decision would become illegal if the Hindu nationalist BJP party has its way.

Eight states in India already have anti-conversion laws in effect, including two states that adopted them in the past year. Laughably called “Freedom of Religion” acts, these laws aim to prevent Hindus from converting to Christianity or Islam. They purport to prohibit conversions that are based on force, fraud, or inducement, but these terms are vague. These laws essentially ban conversion whenever local authorities object.

Some laws require potential converts to notify local government officials, while others even mandate advance permission, which often is not granted. This violates a fundamental principle of international human rights—that a person may believe whatever he or she chooses to believe, and that no one may force him or her to adopt or renounce a particular belief.

Members of the lowest castes who convert away from Hinduism lose certain government benefits—an obvious attempt to keep them in their place. Conversely and unsurprisingly, if someone wants to convert to Hinduism, the majority religion, there are no hurdles. Mass Hindu conversion ceremonies take place with no consequences, even though some participants claim they are forced to take part.

Recent arrests include 32 Catholic seminarians singing Christmas carols, chaperones for a Christian summer camp, and a Christian handing out pamphlets. Extremists attack Christians as they worship in their churches and homes under the pretense of preventing fraudulent conversions. Lawyers like Baskaran represent Christians who have been attacked, but it can take years for victims to receive reparations, if they receive any at all.

As religious nationalism grows in the region, other countries have passed similar laws. In August 2017, Nepal criminalized religious conversions, bolstering a pre-existing constitutional provision. Myanmar passed an anti-conversion law in 2015 as part of a package of laws targeting minorities, especially the Muslim Rohingya. Bhutan’s penal code has banned conversions since 2011. Nepal is a majority-Hindu country. Myanmar and Bhutan are Buddhist.

The United Nations has failed to protect religious minorities in these countries, despite its creation as the primary champion of international human rights. Major human rights violators continue to be allowed on the U.N.’s Human Rights Council, including Afghanistan, China, Cuba, Egypt, Pakistan, and Venezuela. India was on the council until last year.

The Office of the High Commissioner for Human Rights, which bills itself as the center of the U.N.’s human rights efforts, is too busy with its campaigns on so-called sexual and reproductive rights to focus on religious freedom.

To effect change, states must demand accountability from U.N. entities charged with protecting and promoting human rights, including threatening to withhold funds from the U.N. until it prioritizes religious freedom and accordingly condemns anti-conversion laws.

Otherwise, the U.N. will continue to fail religious minorities in India, Nepal, Myanmar, and Bhutan, who will have no real freedom to believe what they choose to believe.