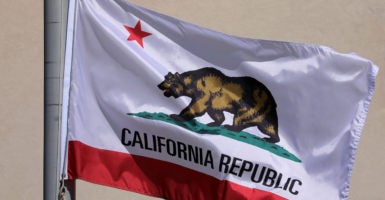 Over 1 million illegal immigrants living in the state of California have obtained driver’s licenses, according to a Wednesday report.

The California Department of Motor Vehicles announced that 1,001,000 illegal immigrants have received their driver’s licenses as of March 31, The Sacramento Bee reported.

Over 900,000 illegal immigrants were given driver’s licenses as of June 2017, only two years after the bill was signed. The bill only requires proof of identity and residency, not immigration status, in order to receive a license to drive a car.

The licenses reportedly are only valid in the state of California and have distinct features on the identification that show it is only valid within the state.