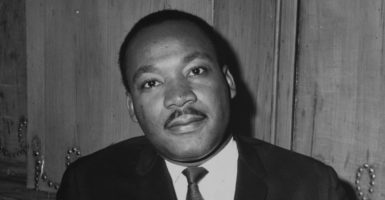 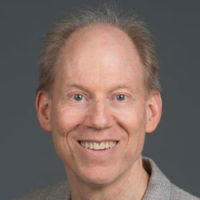 “There is division in the American house,” President Lyndon B. Johnson told the nation on March 31 of that year, just before announcing that he would neither seek nor accept his party’s nomination for another term as president.

Americans were deeply and angrily divided both over U.S. military involvement in Vietnam and over domestic race relations. Protests intensified on both fronts.

On the latter front especially, what had largely been a nonviolent civil rights movement in the early 1960s had given way to widespread violence and disorder, as racially charged riots erupted in hundreds of American cities in the years 1965-68.

For the Rev. Martin Luther King Jr., it was a no less troubled time. Unsettled by the riots, the fracturing of the civil rights movement, and the war—urgently worried about the prospects for peace and justice in America and the world—King labored on in his final months in a condition of near exhaustion and occasional despair.

Also unsettling were the personal dangers. King had braved death threats throughout his career as an activist, but in the early months of 1968, the threats became increasingly frequent and credible. During those months, his associate Andrew Young recalled King “talked about death all the time.”

The most memorable of those reflections appear in his final speech, delivered in Memphis on the eve of his assassination, April 3, 1968. Near the end of the speech, he mentioned “the threats that were out,” which heightened his uncertainty about the days to come: “I don’t know what will happen now.”

He made those remarks, however, not in a spirit of despair or foreboding but instead in one of deep gratitude: “I want to thank God, once more, for allowing me to be here with you.”

King was grateful not simply for the gift of life itself, but also, much more profoundly, for the opportunity to take part in a grand moral reformation. He began with an exercise in imagination that he had used repeatedly in sermons from the beginning of his career, now infusing it with fuller meaning in this final speech.

King imagined himself “standing at the beginning of time” but somehow surveying the whole of it, with “the Almighty” asking him, “Martin Luther King, which age would you like to live in?”

King considered a variety of destinations for his “mental flight.” He imagined living in ancient Greece, in the company of Socrates, Plato, Aristotle, and various great poets; “in the great heyday of the Roman Empire”; in the Renaissance; in Wittenberg as his namesake initiated the Protestant Reformation; in 1863, to witness Abraham Lincoln’s issuance of the Emancipation Proclamation; and in Depression-era America, to hear from President Franklin D. Roosevelt “an eloquent cry that we have nothing to fear but fear itself.”

Yet, significant as all those periods and events were, he concluded that none of them would be his choice—the era he would most wish to live in was his own, amid a great popular revolution for freedom and human rights.

King’s answer recalls the sentiment expressed by John Adams, who wrote to George Wythe of Virginia in 1776, “You and I, my dear friend, have been sent into life at a time when the greatest lawgivers of antiquity would have wished to live.”

King, like Adams, was grateful for the opportunity to achieve greatness in the service of a great cause—the cause of human liberty, helping to replace an unjust order with a new order of equal rights for all.

What we must especially remember, however, is that even at this troubled moment in 1968, King was deeply grateful for America itself, for its original and enduring promise, and its native propensity for reform. He was grateful for “the best in the American dream”—for “those great wells of democracy which were dug deep by the Founding Fathers in the Declaration of Independence and the Constitution.”

It is true that King, especially in his final years, suffered occasional pangs of doubt. He confessed in 1967 that at various moments, “I saw [my] dream turn into a nightmare.”

It is true, likewise, that in his zeal for peace and for greater equality of conditions in America, King issued specific opinions and proposals with which conservatives then and now have had legitimate disagreements.

To remember him properly, we need not forget those disagreements, but we must measure them in relation to a fundamental point of agreement. Along with the greatest American statesmen and all right-minded conservatives, King at his best urged his fellow citizens not to transform their country but to complete it—to realize its original promise by rededicating themselves to the permanent principles upon which it was founded.

As he concluded his speech that evening in Memphis, King brought to a crescendo his theme of gratitude in the face of mortality. “Well, I don’t know what will happen now. We’ve got some difficult days ahead. But it doesn’t matter with me now. Because I’ve been to the mountaintop. And I’ve looked over. And I’ve seen the promised land. I may not get there with you. But I want you to know tonight that we as a people will get to the promised land!”

For King as for other great apostles of the American spirit, tracing all the way from John Winthrop to Thomas Jefferson to Frederick Douglass to Lincoln and beyond, that promised land was America. Amid severely challenging conditions, King, like his great predecessors, never lost faith in his country as a unique land of liberty.

We honor his memory best by carrying forward his luminous task of preserving and perfecting America.