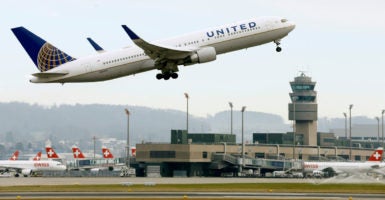 United Airlines cut ties with the NRA after the Parkland shooting, yet continues to donate to Planned Parenthood. (Photo: Arnd Wiegmann/Reuters /Newscom) 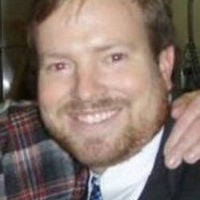 Robert Kuykendall is director of communications for 2ndVote, the conservative watchdog for corporate activism.

In the aftermath of the Parkland school shooting, corporate America has tripped over itself in a rush to cut ties with the National Rifle Association. Now, it’s finding that it has alienated Middle America.

These companies should blame themselves, not the NRA, for getting wedged between a rock and hard place.

The corporate boardrooms that carried water for the left’s agenda during the Obama years fed the “politicize everything” culture, and as a result, consumers have become remarkably savvy as to where brands align on hot-button issues. That’s not good news for companies.

A Morning Consult survey found that net favorability ratings decreased across the board for companies like Enterprise Rent-A-Car and MetLife after respondents learned these brands discontinued relationships with the NRA. Enterprise, which also owns National Car Rental and Alamo, received a net favorability decrease from plus 49 percent to plus 25 percent among all adults.

This should come as no surprise, as the survey also found more adults have a favorable opinion of the NRA than unfavorable, and most support the Second Amendment by a wide margin (69 percent to 17 percent).

These declines in net favorability suggest that alignment with the markedly anti-Second Amendment #BoycottNRA movement places these companies at odds with the overall opinions of consumers on the gun issue.

Delta Air Lines signaled this conundrum by releasing a statement affirming the company’s support for the Second Amendment and explaining the decision to end its partnership with the NRA, saying, “Out of respect for our customers and employees on both sides, Delta has taken this action to refrain from entering this debate and focus on its business.”

But Delta has not always striven for neutrality on matters of public policy and issue advocacy.

Advocacy against religious liberty protections in recent years is not unique to Delta. Liberal LGBT activists, such as the Human Rights Campaign and alliances similar to Georgia Prospers, have been effective at galvanizing corporate support for sexual orientation and gender identity laws.

The result is that brands like Target have now become synonymous with “transgender bathrooms,” while a hyper-aware public watches the overall consumer market for any evidence of politicization.

The public’s opinion of companies has now been firmly politicized. Corporate America cannot return to “neutral” unless it is truly committed to neutrality on all the issues.

This is a problem, because corporate America’s advocacy contributions run deep. For example, despite recently ending its relationship with the NRA, United Airlines remains a financial supporter of abortion giant Planned Parenthood. Enterprise also contributes to pro-abortion organizations like the YWCA; Girls, Inc.; and Susan G. Komen.

In effect, these companies are enabling an industry that destroys over 900,000 lives every year. By comparison, rifles—including “assault style” rifles, as they are misleadingly called—were involved in only 374 homicides in 2016. Progressives give these companies a pass on the abortion issue, despite the death toll.

But even aside from the death toll, the problem is that these companies hypocritically claim to be neutral in the political realm, while consistently backing left-wing causes. This duplicity underscores why it is imperative for corporate America to distance itself from liberal activists.

As much as companies wish to remain in the left’s good graces, they can never do enough. Past donations and direct advocacy efforts have done little to insulate them from the left’s selective outrage machine.

By caving to the #BoycottNRA movement, Enterprise, Delta, United, and the rest have aligned themselves with an agenda that actively aims to demonize guns and gun owners. This is hardly neutrality.

These corporations have now alienated 5 million NRA members and millions of other gun owners in order to placate the left. That decision could have lasting consequences for their brands.