Horrific Sex Ed Curriculum Is Taking Over in This Virginia County, and Objectors Are Getting Steamrolled 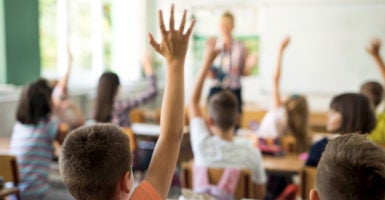 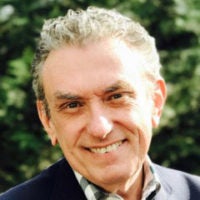 But last Thursday I saw something worse. I went to the sex education committee meeting of the Fairfax County School Board. I have never seen anything as shocking.

Understand that I have sat through years of shocking meetings. My day job is monitoring and lobbying the United Nations. But I have never seen or heard anything like this. This meeting was a horror show. And a Soviet one at that.

The Family Life Education Curriculum Advisory Committee advises the Fairfax County School Board for the content of the sex education lessons taught to students from kindergarten through 12th grade.

This group has come up with over 80 hours of sex education for these poor kids. And some of it is straight-up pornography.

This school district in Northern Virginia, one of the largest and richest in the country, is among the most leftist in the country. No big surprise there. Twenty-five years ago, it was already promoting “Two Mommies” to the little tots.

But the sexual revolution ideology kicked into hyperspeed a few years ago. Fairfax leftists put transgender ideology into schools a full year before President Barack Obama’s Department of Education mandated it for the rest of the schools in the country.

Last year, the Trump administration canceled the mandate, though Fairfax County is clinging onto it.

The committee is made up of about two dozen people. They’re appointed by the overwhelmingly leftist Fairfax County School Board. Four voting members are students, chosen no doubt because they’re members of student LGBT clubs, and most other members appear to be teachers and administrators.

If the idea behind the committee is to get community input, why stack it with people on the county payroll?

Last Thursday night, two regular citizen members of the committee tried to offer amendments to the curriculum. What happened to them is right out of the Politburo of the Supreme Soviet.

The subject was the phrase “sex assigned at birth,” which appears numerous times in the lessons. This is a politically charged slogan that teaches that it’s wrong for a delivery room doctor to say a penis means boy or a vagina means girl. A child should be left to his own gender choice later in life.

One citizen member made a motion to remove this phrase from the lessons and to simply use the word “sex” instead. Through parliamentary maneuvers, other members of the committee made sure the amendment was put off indefinitely without debate. The vote to cut off debate and never speak about it again passed 23-3.

The member who offered the amendment asked for a roll call, so that those voting to keep in “sex assigned at birth” would have their names associated with their votes. The motion for a roll call was killed by voice vote.

No debate, no accountability.

Another citizen member made a motion that, somewhere in the numerous lessons about various contraceptive methods taught beginning in eighth grade, there ought to be something about the possible health risks of certain contraceptives.

This, too, was shut down without debate, by a vote of 23-3. A roll call of the vote was shouted down by voice vote.

The first citizen member made a motion to include a discussion in the lessons about the health risks associated with hormonal and surgical “transitioning.” This, too, was not allowed.

This revealing moment was followed by another: The chairman actually apologized, with a nervous laugh, for using those graphic terms.

Did it not occur to her, or anyone else on the committee, that she was apologizing to the adults in the room for using words that are scripted into the lessons they have created for children?

It was clear to me that much of the reaction to these motions was a kind of animus toward traditional morality. The glee with which the majority cut off the legitimate concerns of the minority was breathtaking.

Christians as the Taliban

One new member of the committee is a Democratic activist named Daniel Press. He was the one who was most vociferous that these motions not only be trashed, but that they not even be discussed.

On his Facebook page he calls Christians the Taliban and has an image of Christ on the cross over the mocking words: “Total Winner.”

The other thing that struck me was the sheep-like attitude of most of the members of the committee. There were a few loudmouth ideologues, to be sure. One student member treated us to an anti-American diatribe ending with the charge that transphobia stems from white supremacy.

For the most part, the members were silent. But they were lickety-split to raise their hands whenever called upon to vote against debate, discussion, and accountability. That they could not allow.

Finally, it’s remarkable how fast such new and fantastical notions have entered the leftist mindset.

The notion of “sex assigned at birth” was itself born just a few years ago. And yet, these people are so certain of its truth, they clap hands on their ears to avoid hearing anything contradictory. Even more, they clap their hands on the mouths of anyone who might want to question this new tenet of faith.

>>> Q&A: Why the Transgender Movement Can’t Sustain Itself

This brings to mind two things: brainwashing, and bad religion.

The committee members may not know it, but they have been brainwashed to believe things that are simply not supported by either science or reason. Theirs is faith plain and simple, and the worst kind of faith, the kind that contradicts reason, the kind that can only be imposed. Theirs is a blind faith, taking as gospel whatever the sexual zeitgeist vomits forth.

And so what are parents to do? Opt their kids out of Family Life Education and take over the school board. One is easy, but both are necessary.

Sexual Stalinism, of the kind I witnessed a few nights ago, has no place in the education of our children.

Originally published by The Stream.