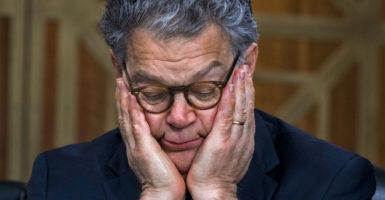 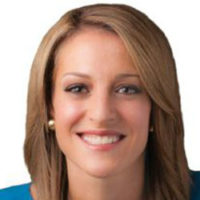 Democrats, of course, oppose the tax cuts moving through Congress. They believe government knows how to spend your money better than you do.

But what has really got their goat is eliminating the Obamacare tax—known as the individual mandate—that Americans have to pay to the IRS for simply choosing not to buy health insurance. This has thrown them into a tailspin of despair.

House Minority Leader Nancy Pelosi, D-Calif., said eliminating the individual mandate would amount to the “destruction of the Affordable Care Act.” She said it would create no less than a “life-or-death struggle for millions of American families.”

Senate Minority Leader Chuck Schumer, D-N.Y., said on the floor Thursday that “[t]he number of middle-class families who would lose money from this bill may be even higher now considering the 10 percent increase in premiums that will occur as a result of the Republican plan to repeal the individual mandate.”

Sen. Bernie Sanders, I-Vt., was asked by Anderson Cooper on CNN about cutting the individual mandate. “It’s a bad idea,” replied the former Democratic presidential candidate. “This is going to throw 13 million Americans off the health insurance they currently have.”

No doubt the talking points that flew around Democratic offices on Capitol Hill were written to scare people into thinking the tax cut forces people off all health care. But it’s a big stretch to state that as fact.

However, the Congressional Budget Office was extremely careful to explain the inexact science of its analysis. A whole section of the report is titled “Uncertainty Surrounding the Estimates.” To put it simply, economists can’t predict human behavior.

I don’t even know what health insurance I will pick to get the best bang for my buck in 2019. How would bureaucrats in D.C. know?

Nevertheless, Democrats grabbed that report and ran with it, trying to put on a horror movie through the halls of Congress.

Pelosi threatened that as the bill moves toward final passage in the Senate and a reconciled bill through both chambers, “outside mobilization” will be activated to stop it. She said the Senate Finance Committee’s decision to include repeal of the individual mandate “really electrified, energized the base even further … .”

RED ALERT: Senate GOP just added provision to their tax plan that would gut ACA & kick 13M ppl off insurance. Yes, it’s same tax plan that would add $1 trillion+ to deficit while giving majority of benefits to corporations & the rich. We need you to make your voices heard again.

Schumer took to Twitter to put the blame on the White House: “.@POTUS’s absurd idea to repeal the individual mandate as a part of the #GOPTaxPlan would boot 13M ppl from the health insurance rolls and cause premiums to skyrocket – all to pay for an even bigger tax cut for the very rich, those who pay the top rate. What a toxic idea!”

.@POTUS‘s absurd idea to repeal the individual mandate as a part of the #GOPTaxPlan would boot 13M ppl from the health insurance rolls and cause premiums to skyrocket – all to pay for an even bigger tax cut for the very rich, those who pay the top rate. What a toxic idea!

President Donald Trump, however, is quite enthusiastic about taking a big whack at Obamacare through the tax bill. Reportedly, Trump encouraged Sen. Tom Cotton, R-Ark., to get repeal into the committee bill text. This is what also infuriated the Democrats.

You can’t help but smile that Republicans are now using a 2015 ruling by the Supreme Court—which let the individual mandate stay in law, with the rationale that it was a tax and not a fine—as a way to ultimately kill the key provision that keeps Obamacare on life support.

Since the mandate is now considered a tax, its repeal will fit perfectly into the GOP tax reform plan.

Last week, a reporter asked White House press secretary Sarah Huckabee Sanders if the individual mandate repeal is a priority for the president. “That’s something the president obviously would love to see happen,” she responded.

The Obamacare mandate tax was always more of a “nanny tax” than a way to raise government funding. Democrats included it in the law in order to force the young and healthy to buy into the government-run health exchanges so as to offset the high cost of the old and very sick.

But the tax has ended up hitting lower-income and working-class families the hardest because it is much cheaper to pay the tax than to buy insurance on the Obamacare exchanges and pay the absurdly high insurance premiums and deductibles.

The hardest thing to do in Washington is to reduce the size and scope of the federal government. If the Obamacare tax can be repealed in the final bill that lands on Trump’s desk, Americans will get back a key individual liberty—the right to choose whether or not to buy government health insurance.

This would be the perfect early Christmas gift for hard-working families. Democrats should think twice before standing in the way of it.