Think Obamacare Is Bad? ‘Medicare for All’ Would Make Things Even Worse. 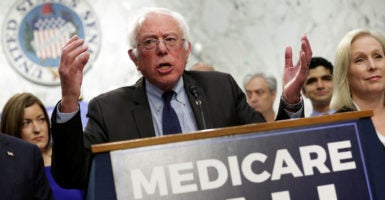 Sen. Bernie Sanders, I-Vt., introduced a single-payer health care plan that could cost up to $15 trillion, according to the Urban Institute. (Photo: Yuri Gripas/Reuters/Newscom) 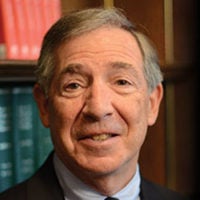 Deane Waldman, M.D., M.B.A., is director of the Center for Health Care Policy at the Texas Public Policy Foundation.

As Republican senators look to scrape together the votes for a deal on health care, Sen. Bernie Sanders, I-Vt., is pushing his own proposal.

He calls it “Medicare for All,” and it has already garnered support from 16 Democratic senators.

As nice as Medicare for All may sound, Sanders’ proposal is a classic example of a bait and switch. Once the consumer is lured by the slogan, he is suddenly hooked by a reality far less enticing.

Contrary to what Sanders’ proposal implies, today’s Medicare is a giant, government-mandated health savings account that is funded by retirees. The latest data show that 55.5 million Americans are enrolled. The retirees paid into the system for years while working, and now the trust pays them in retirement years in the form of medical care.

How can we offer those same benefits to the 268 million Americans who have not paid in fully and are not yet retired?

We can’t—and Sanders knows it. His proposal is structurally impossible, if by “Medicare” he means the program as it exists today. It would be more accurate to call his plan “Medicaid for All.” Medicare is the bait—Medicaid is the switch.

But is the Medicare bait really that attractive in the first place? Let’s look at how the program actually works.

Medicare claims that it only spends 2 percent of Medicare funds on administrative costs, leaving the impression that the other 98 percent goes to patient care.

But that’s not so. Two percent is just the internal administrative cost. Medicare’s total spending on administration, bureaucracy, regulation, compliance, oversight, and review amounts to at least 31 percent of Medicare revenue overall, and more likely 40 percent.

Wasteful spending at this level would send any business into bankruptcy, and that is precisely where Medicare is headed. The Congressional Research Service predicts the Medicare trust fund will go insolvent by 2029. The trust fund is simply a big bank that keeps your contributions until you retire. But when that bank runs out of money, retirees will no longer receive care.

Most rational people would try to withdraw their money from a bank before it closes its doors. Unfortunately, you can’t do that with Medicare. Even though you paid into the program, it only pays you back in the form of medical benefits.

And even those benefits are getting harder to receive. More and more doctors are refusing to accept Medicare insurance, especially after Obamacare cut the already low doctor reimbursement schedules even lower.

Despite having Medicare benefits, average wait time to see a family physician has risen to 122 days. That’s four months to find out if your belly pain is gas or cancer.

In response, medical practices are expanding to provide things like direct primary care and concierge medicine, which refuse to take insurance and accept cash only. Their growth is proof that government health insurance fails to deliver care.

So Sanders is using Medicare as bait. Now consider the switch.

Medicaid is a government-supported, government-controlled form of health care that poses no cost to the patient. While that may sound good, it is an ongoing disaster.

This is the quality of care Sanders’ proposal would foist on the nation. His plan, which he proudly describes as single-payer, calls for the following:

Sanders estimates this proposal would cost a minimum of $1.5 trillion, while the Tax Policy Center says costs could reach up to $15.3 trillion—all to be paid through higher taxes, higher premiums, and more debt.

Is there a single American who wants more of those things?

Keep in mind that the goal of health care policy should be better health outcomes. That is not what universal Medicaid would provide.

Americans should reject Sanders’ bait-and-switch proposal, which would only worsen access and quality of care for more Americans while raising our tax burden. What we need is patient-controlled health care. Only that will produce the outcomes that we all want.