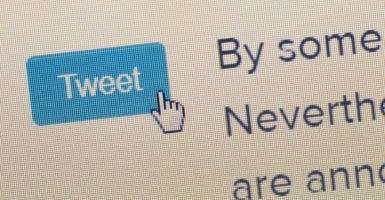 A pro-life group is claiming Twitter has “suppressed” its ads.

Live Action, a nonprofit organization founded by Lila Rose to promote the end of abortion, released a statement Tuesday about its clashes with the social media giant. Twitter censorship accusations have been growing increasingly frequent in recent years.

Live Action claims Twitter asked the group to delete many of its tweets regarding Planned Parenthood, the No. 1 abortion provider in the United States.

“While it won’t censor Live Action’s and Lila Rose’s tweets outright, Twitter has banned our ability to advertise our content until we delete all the tweets it deems offensive—or, in reality, all the tweets that offend Planned Parenthood,” the organization wrote.

Twitter’s content is monitored by the Twitter Trust and Safety Council. Pascal-Emmanuel Gobry of The Week called the council an “Orwellian nightmare” when it was founded in February 2016.

Mike Gonzalez, a senior fellow at The Heritage Foundation, similarly raised concerns about the council, writing last year that “among the more than 40 organizations that make up the council, one finds such groups as the ‘Dangerous Speech Project,’ a group with ties to the liberal John D. and Catherine T. MacArthur Foundation and to financier George Soros’ Open Society Institute.”