Time to Put an End to Sports Stadium Cronyism 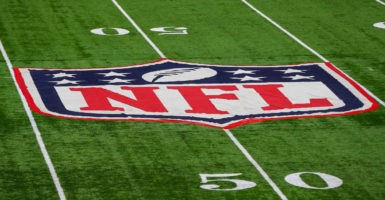 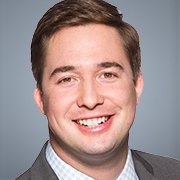 Last week, the NFL approved the long-anticipated move of the Raiders from Oakland, California to Las Vegas, Nevada.

Understandably, Raiders fans are feeling betrayed. But there’s an even larger group that’s getting the short end of the stick: taxpayers.

The Raiders will be moving into a $2 billion stadium in Las Vegas that will end up costing Nevada taxpayers upward of $750 million (the team and third parties are funding the rest).

If history is any indication, federal taxpayers will be left with the tab for this preferential treatment of private stadiums.

One of the most lucrative ways sports franchises finance new stadiums is by taking advantage of tax-exempt municipal bonds.

Although interest generated by bonds issued by private companies (such as those that own sports teams) is subject to federal taxes, the interest income that investors receive from municipal bonds is exempt from federal taxation.

This allows issuers of municipal bonds to offer lower interest rates to investors because they do not come with a hefty tax bill. This preference leads to a variety of problems, such as creating a cost disadvantage for privately financed infrastructure like private toll roads and airports.

Tax-exempt municipal bonds are typically reserved for public-use projects such as bridges, water systems, and other infrastructure. Yet because of a loophole in the tax code, private-use stadiums can take advantage of this tax break, and have done so prolifically.

A recent study from the Brookings Institution calculates that federal taxpayers have subsidized the construction of 36 stadiums at a cost of over $3.2 billion since 2000. The total federal revenue loss is even higher, totaling about $3.7 billion.

The difference is because the tax preference is inefficient—some of the benefits are captured by high-income investors rather than going entirely to those financing the stadiums.

This large tax preference means that a Rhode Islander with no interest in football will have to help pick up the tab for the Arizona Cardinals, a 40-hour drive away.

Even worse, these tax breaks come on top of direct state and local spending on private-use stadiums.

Cities and sports teams justify these corporate handouts because they claim the stadium increases economic activity in its respective metropolitan area by creating jobs, enticing people to visit the stadium, and increasing wages in the teams’ new home city.

In reality, these benefits never materialize for metropolitan areas that spend big on a new stadium.

Yet this reality has not stopped public subsidies from flowing to stadiums. Indeed, the increased use of public funds in stadium construction has incentivized franchise owners to demand new stadiums at a faster rate.

In fact, the most important factor in deciding when (or where) to build a new stadium is how much of the bill the taxpayer will foot.

Getting rid of these tax breaks would force cities and teams to come up with a more holistic approach.

And the tide does seem to be turning away from this crony practice. Some cities—including San Diego—have rejected the extortion of public funds by sports franchises.

At the federal level, the No Tax Subsidies for Stadiums Act proposed by Rep. Steve Russell, R-Okla., would prohibit private sports stadiums from taking advantage of tax-exempt bonds.

The proposal has bipartisan support and would save more than half a billion dollars over the next decade, a sizable amount for taxpayers.

While this commonsense solution is promising, special interests and local politics are strong barriers to getting a reform proposal through Congress.

It will take a concerted effort to stop state and local governments from teaming up with the sports entertainment industry to leave taxpayers on the hook.

Americans are increasingly realizing that subsidized stadiums aren’t worth it, even for their favorite team. It’s time to send this egregious form of corporate welfare to the bench for good.

Note: This article has been updated to account for the parties involved in funding the Raiders’ Las Vegas stadium.