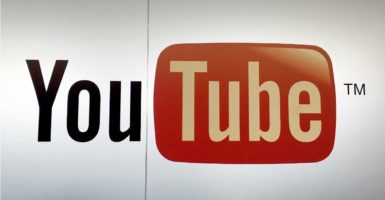 PragerU, an institution that, according to its website, “presents the most important ideas in free, five-minute videos,” is currently being restricted by YouTube. YouTube has restricted 21 of the organization’s videos.

The list of restricted videos include, “Are The Police Racist?,” “Why Don’t Feminists Fight for Muslim Women?,” “Why Did America Fight the Korean War?,” “Who’s More Pro-Choice: Europe or America?,” and “What ISIS Wants.”

“Over the last several months, PragerU and YouTube have been in communication regarding a number of PragerU videos that YouTube has listed under ‘restricted mode,’” Jared Sichel, PragerU’s communications director, said in a statement provided to The Daily Signal. “That number has since grown to 21 videos. Restricted mode is something that many parents and schools use so that children don’t watch explicit adult and sexual content—not so they can’t find animated, educational videos on topics ranging from history and economics to happiness and philosophy.”

YouTube was bought by Google in 2006 and is a subsidiary company of the search engine giant. According to a PragerU press release, PragerU filed a complaint with Google executives but received a generic response.

“In response to an official complaint PragerU filed, Google specialists defended their restriction of our videos, and said, ‘We don’t censor anyone,’ although they do ‘take into consideration what the intent of the video is’ and ‘what the focus of the video is,’” the press release said.

The Daily Signal contacted YouTube about the restrictions on PragerU’s videos, but they did not respond.

Sichel said that in an effort to protest and end YouTube’s restrictions, they have launched a petition for viewers to sign.

“After months of official and back-channel communication with YouTube and Google led nowhere, PragerU released [yesterday] a petition against YouTube to stop restricting these 21 videos. That petition already has over 15,000 signatures, and it’s growing fast,” Sichel said.

“Based on our review of YouTube’s policies and user guidelines, none of our videos meet the requirements of being inappropriate, sexually explicit, or hate speech,” Elisha Krauss, director of outreach at PragerU, told The Daily Signal in an email. “Some places of employment and many libraries and schools use restricted mode to prevent vulgar and inappropriate content. So we know students and adults are being prevented from doing research and using our videos as a source.”