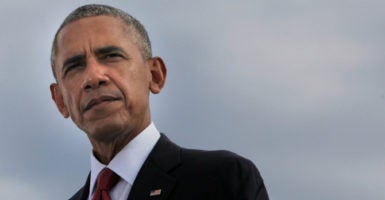 In his remaining few months in the Oval Office, President Barack Obama has found a new way to direct more taxpayer money to his friends at Planned Parenthood. (Photo: Dennis Brack/dpa/picture-alliance /Newscom) 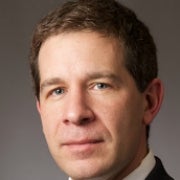 What do you give to a cash-flush abortion business and political ally that has everything? More taxpayer dollars, of course.

In his remaining few months in the Oval Office, President Barack Obama has found a new way to direct more taxpayer money to his friends at Planned Parenthood.

The Department of Health and Human Services has announced a new regulation that would force states to give federal family planning funds to Planned Parenthood and other abortionists. The move could mean millions more in taxpayer dollars for the nation’s abortion market leader at the expense of women’s health.

Title X is a federal program designed to fund “family planning” for low-income individuals. Created in 1970, it was only authorized through 1985. But Congress just keeps appropriating hundreds of millions of dollars anyway, and a large share of that goes to Planned Parenthood every year.

It’s difficult to read the president’s new regulation as anything other than a parting taxpayer-funded gift to a loyal crony.

The Office of Population Affairs, which runs Title X, grants funds for “family planning services” (like contraceptives and sterilizations) and “education and information” for low-income individuals. While the common understanding is that Title X-paid counselors must inform a woman of all her options, the Clinton-era regulations actually make adoption counseling optional, perhaps explaining Planned Parenthood’s sometimes over 300-1 ratio of abortions over adoptions.

Grants are available to both public entities (like state health departments) and private networks. Where a state health department chooses not to apply, private entities often receive and distribute Title X funds. Among states that receive Title X funds, some have wisely chosen to prioritize the funds to more comprehensive health care providers than Planned Parenthood, thereby avoiding state entanglement with abortion. That’s why the Obama administration is upset.

Recognizing that it made little public health sense to have women go to one location for birth control pills and another for other health needs, Kansas chose to prioritize the Title X funds it received to public health departments and clinics, nonpublic hospitals, and federally qualified health centers.

This would mean that any woman receiving Title X services would also be connected to a provider that could meet the primary care needs for her and her family, including preventive services, immunizations, diagnostic and radiological services (often including mammograms), and pediatric care.

She would have one primary care provider who knows her medical needs and history and wouldn’t need to travel to multiple sites for services that can be provided at one location more cost-effectively. Planned Parenthood is simply not equipped to provide these primary care services.

Kansas’ desire to consolidate public health funding to encourage primary care and preventive services rather than discrete “family planning” boutiques that detach patients from the broader health care system is shared by other states like Texas, Utah, Arizona, Wisconsin, Indiana, and others that have passed similar laws.

Alas, Planned Parenthood sued Kansas. Kansas won. But rather than allowing Kansas to meet women’s health care needs better through other providers, the Obama administration cut Title X funds to Kansas, hurting women in retaliation for the perceived slight to its ally.

A similar pattern has played out in Tennessee, New Hampshire, and other states where the Obama administration has directly granted money to Planned Parenthood, ignoring the judgment of states that Title X services should be provided where patients can connect to providers able to meet their comprehensive health care needs.

In the three decades since Title X’s authorization lapsed, many other government programs have served the purpose it was once intended to serve.

Federally qualified health centers serve at least eight times as many patients than Planned Parenthood. Medicaid has expanded, and many states employ federally approved Medicaid waiver programs to provide the same services covered under Title X to many more people. And, of course, Obamacare now mandates coverage of contraceptives on virtually every health plan.

In 2016 there would seem to be little need for a program that was supposed to end in 1985. Certainly, there is no need for that program’s more recent use to direct patients away from preventive services and primary care providers—unless, of course, the aim is actually to reward an industry that has been one of the president’s chief supporters, even at the expense of public health.

It’s difficult to read the president’s new regulation as anything other than a parting taxpayer-funded gift to a loyal crony.