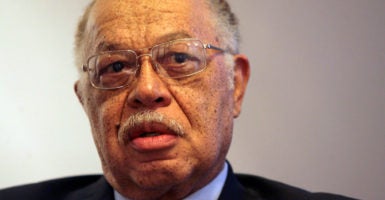 Kermit Gosnell, pictured at his lawyer's office in 2010, is currently serving three life sentences in a Pennsylvania prison for involuntary manslaughter of a woman seeking an abortion at his clinic and first-degree murder of three infants born alive. (Photo: Yong Kim/Philadelphia Daily News/MCT) 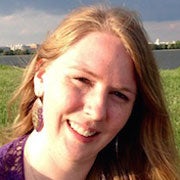 For over a decade, Terri Shepherd has taken part in pro-life advocacy with Bound4LIFE, a grassroots movement to pray for the ending of abortion. She graduated from TheCall Institute at the International House of Prayer University in Kansas City, and earned a degree in social work from the University of Central Florida. Living in the Washington, D.C., area with her husband, Shepherd works at a leading Christian public policy organization.

As Democrats gather in the city to anoint their presidential candidate, film director and citizen journalist David Altrogge is preparing the release of a new film, “3801 Lancaster: American Tragedy.” The award-winning documentary, hailed by media commentators including Jake Tapper and Anderson Cooper on CNN, will release on iTunes and Amazon Video on Aug. 2.

The documentary tells the true story of Gosnell and Altrogge cannot help but express outrage after careful research of the facts.

“Real women and babies lost their lives—because the Pennsylvania Department of State and the Department of Health chose to look the other way,” he said in a recent interview. “Whether you’re pro-life or pro-choice, can’t we at least agree that women deserve better?”

Interviewing Gosnell over seven months, Altrogge developed a relationship of sorts with the notorious abortion doctor—who is currently serving three life sentences in a Pennsylvania prison for involuntary manslaughter of a woman seeking an abortion at his clinic and first-degree murder of three infants born alive (among other criminal charges). Gosnell himself narrates many scenes in the “3801 Lancaster” documentary.

Now, Altrogge shares his response to the recent U.S. Supreme Court ruling, the practices of Planned Parenthood, and why citizens should not stay silent. Q: What is your reaction to the Supreme Court’s decision last month, striking down the Texas law that would have provided higher clinic safety standards?

A: I’m disappointed by the court’s decision. It was my hope that, as a nation, we would learn from what happened in Philadelphia at Dr. Gosnell’s clinic and implement commonsense clinic regulations to prevent it from happening again in Texas and elsewhere.

The grand jury report in the Gosnell case specifically recommended the implementation of ambulatory surgical center standards to protect women seeking abortions, which is what Texas did through state law HB 2. This Supreme Court decision makes it clear our country hasn’t learned what happens when we make women’s access to abortion a higher priority than women’s safety. It’s only a matter of time before our nation has another abortion clinic disaster like we had in Philadelphia.

Q: After spending hours upon hours interviewing Kermit Gosnell personally, why do you believe he subjected women to such poor medical treatment?

A: Before actually meeting him, the media reports I heard about Kermit Gosnell were that he’s a monster. Then when I started talking to him I realized, ‘Oh my gosh! He’s thought through what he’s doing and he has rational reasons for it.’

It is much easier if we view him as like a “B movie” monster and an aberration. It makes us feel better to think, ‘OK, that was one crazy guy, but thank goodness he was an outlier and there aren’t others like him.’

What’s so troubling is you look at him and you have to ask the questions: What did he believe? What ideas did he buy into over the years that allowed him to be okay with what he was doing?

Here we have a man who is very intelligent, very successful—who has bought into certain ideas that lead him to some incredibly dark places. They led him to hurt people. That’s one of the most disturbing things about this story. Q: Why did you choose to tell this story from the vantage point of Gosnell’s former patients, his family, and the investigating officials?

A: The making of this film was a very evolutionary process. We knew from the outset we had to tell it from the vantage point of some of his patients—who were some of the first people we found and interviewed for the film.

We also had this incredible document, the grand jury report, that so clearly laid out the case. After reading it, we thought it would be amazing to be able to interview the investigating officials—the crime scene investigators and the narcotics officer who broke the case. But when we started the film in 2011, there was a gag order on the case so no one involved was allowed to talk about it.

Instead, we started by interviewing former patients, people who had known Gosnell, neighbors, and some reporters. After the trial, we had the incredible opportunity to finally do those interviews with those police officers and with the crime scene detectives—all those really powerful interviews. Currently serving a life sentence, Kermit Gosnell was interviewed in prison for the film. (Photo: Courtesy of 3801 Lancaster Film Project)

Q: As you’ve researched the abortion industry more broadly, do you see the practices of Gosnell’s clinic as the exception or the rule?

A: I don’t believe that Kermit Gosnell is an outlier in the abortion industry. If you look at the amount of money he made doing what he was doing, there’s no way that he’s the only guy doing it.

In the film, we also look at another clinic that also had some really dangerous practices going on in Delaware. The similarities between this Delaware case and Gosnell are striking as far as the Delaware Department of State not responding to complaints, just like the Pennsylvania Department of State failed to respond. Just incredibly similar.

Now, are all other clinics as filthy and unsanitary as Dr. Gosnell’s clinic? I don’t think that is an accurate statement either. But it would be naïve to say there are no others like Kermit Gosnell, who was making a significant profit providing abortion services. “I’ll never be able to have children,” cries one of Kermit Gosnell’s victims in the film. (Photo courtesy of 3801 Lancaster Film Project)

Q: Tell us more about the Planned Parenthood of Delaware story. Why did you include perspectives of pro-choice women on the practices of abortion clinics?

A: Right in the middle of our documentary production, this whistleblower story breaks in Delaware and we realized we had to go out there and tell this story too.

It was important to include the perspectives of pro-choice nurses because what we found and what they shared was powerful. You don’t have to be pro-life to stand up and say, ‘What’s happening here is wrong.’

Even when we disagree on abortion, we should at least agree that women who go into these abortion clinics should expect some level of safe treatment for themselves. It’s mind-blowing and unfathomable to me how people who claim to be pro-woman can be against any sort of regulations.

To the people who are so vehemently pro-choice, I’d say, ‘Look at what happened at Planned Parenthood of Delaware and at Gosnell’s clinic, and what is happening elsewhere. Why can’t you at least say this is wrong, and we have to put a stop to that?’

Q: As a filmmaker who happens to be a Christian, how do you address fellow believers who choose not to be aware or speak up for the most vulnerable in our society?

A: I would encourage you to look at where Jesus said: “Do for others as you would want them to do for you.” When you look at abortion, if you were a potential victim, how would you want others to treat you?

Available now for pre-order, “3801 Lancaster: American Tragedy” will release Aug. 2 on iTunes and other video platforms.

Reprinted with permission from Bound4LIFE.