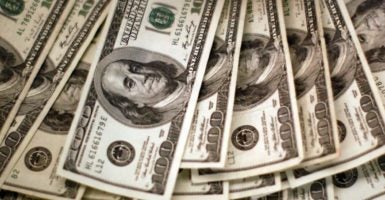 Civil asset forfeiture reform is gaining momentum in federal and state legislatures, and not a moment too soon.

As outlined in a Heritage Foundation report, “Arresting Your Property,” a legal tool that began as a means of pursuing pirates and smugglers in the age of sail has expanded in scope in the last few decades, dragging everyday Americans into a system unfairly skewed against them.

Thanks to the combination of powerful financial incentives that allow law enforcement agencies to generate revenue through civil forfeiture, and lax or nonexistent political oversight and accountability, the modern civil forfeiture system is frequently abused.

Civil forfeiture is premised on the legal fiction that property can be guilty of a crime. As a consequence, civil forfeiture proceedings target property, not people, and allow for money or property suspected of involvement in a criminal act to be forfeited regardless of whether the owner himself is ever charged with, much less convicted of, a crime. In fact, to defend his property rights, an owner must essentially prove his own innocence—without a lawyer if he cannot afford one—in a process fraught with complicated legal hurdles.

The result: a large and growing body of stories of individuals who have had their homes, their cars, and their life savings seized based on little or no evidence, and in many cases, seemingly little interest in the question of their actual guilt or innocence. Heritage’s database of abusive forfeitures documents nearly 70 of these stories, including nine recent additions. Here are some of the new cases:

Upon returning from vacation on April 1, 2015, Claudeen Crank came home to find that her car was missing. When she called the police department to report her vehicle stolen, she was surprised to find out that the car had been crashed by a woman named Heather Bitsillie. Bitsillie had been arrested for aggravated drunken driving and the wrecked car was seized by the city of Albuquerque, New Mexico.

Despite no involvement in the crime itself, it fell to Crank to fight to retrieve her stolen property—not from the thief, but from the police department. She was held responsible for the towing, impounding, and administrative fees, and she eventually decided to sign the vehicle over to the city because the car had been totaled, and was not worth the cost of fighting to win it back.

Eh Wah, a Burmese immigrant and fully naturalized citizen of the United States for more than 10 years, is the manager of a Burmese Christian rock band touring to raise money for various charitable organizations. On Feb. 27, Eh Wah was driving through Oklahoma on a vacation to see his family, and was pulled over for having a broken taillight. The officer called for a drug-sniffing dog, searched the vehicle, and found $53,234 in cash, the proceeds from 19 concerts performed earlier on the band’s tour.

Some of the money had been placed in separate envelopes and marked for different destinations, including a liberal arts college in Burma and an orphanage in Thailand. Eh Wah was taken to the station for questioning. Citing “inconsistent stories,” the police decided the money was the proceeds from drug sales and seized it, but let Eh Wah go, only to charge him five weeks later with acquiring and transporting proceeds from drug activity.

The Institute for Justice took Eh Wah’s case pro bono, and just hours after The Washington Post published an article on his plight, the district attorney dropped the charges and returned the seized money.

Proceeds from forfeitures often go into what amounts to a “slush fund” that is subject to little, if any, outside oversight or accountability.

A report from the Texas State Auditor’s Office published in 2015 shows that during fiscal years 2013 and 2014 the Dallas County District Attorney’s Office misused a significant portion of its forfeiture funds.

According to the report, about $80,000 in expenditures were found to have been prohibited by the Texas Code of Criminal Procedure, including personal legal fees, exorbitant travel arrangements, and private donations. Additionally, $71,000 in expenditures were not documented well enough for the auditors to determine whether the purchases were legitimate. Many transactions using forfeiture funds lacked approval, receipts, or proper monitoring of the funds, allowing much of the money to be used frivolously or for personal affairs.

These are just a few of the new additions to the database, but they are representative of the stories that have captured the attentions of lawmakers and laypersons alike and are driving the efforts toward reform.

Recently, New Hampshire passed a law that would require a criminal conviction before property can be forfeited, re-establish the presumption of the innocence of the property owner, raise the burden of proof, and remove the direct profit motive.

New Hampshire is not the first state to reform the practice, and it will not be the last. The legal system exists to protect innocent property owners, not endanger them, and states are slowly realizing that it is possible to reform their forfeiture practices to make them fairer without unduly hampering law enforcement officials or letting criminals go free.