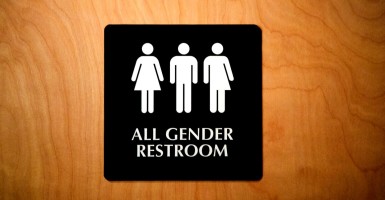 Congress must prevent the Obama administration from redefining what it is to be a man or a woman for all Americans. (Photo:Brian Branch Price/ZUMA Press/Newscom) 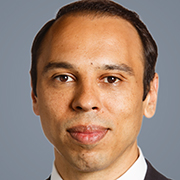 On May 13th, the Obama administration issued “guidance” to school districts across the nation purporting to require them to allow biological boys unfettered access to girls’ lockers, showers, and bathrooms or risk losing federal education funds.

On the same day it issued a new Obamacare regulation requiring federally-funded physicians, hospitals, and insurers to assist or pay for gender identity transitioning treatments or surgeries with no religious exemption.

Just a few days earlier, the administration sued the state of North Carolina for alleged employment discrimination for not allowing biological men into the women’s restrooms in government offices.

The administration’s moves have prompted a massive backlash from people who are justifiably concerned about their safety, privacy and religious freedom, and who refuse to accept a federal government driven by such a radical gender ideology.

These latest actions are the culmination of a series of unilateral, and frequently lawless, administration attempts to impose a new definition of what it means to be a man or a woman on the entire nation.

The administration claims that when Congress banned “sex” discrimination in the 1960s, 70s, and more recently, what it actually banned was “gender identity” discrimination.

Congress banned no such thing.

The Constitution does not allow the Obama administration to go around the Congress and unilaterally rewrite laws it feels are lacking in order to impose its preferred policies on the nation, especially on such sensitive and controversial issues.

Obama’s policies insert the federal government into matters that are properly the domain of state and local authorities, they impose a one-size-fits-all policy on the nation, they endanger people’s privacy and safety, and they ignore the equality of all.

Parents, teachers, principals, hospitals, employers, professionals, businesses, and local officials have been working out nuanced solutions that are respectful to all affected parties in this sensitive area. They should be allowed to continue to reach reasonable solutions without threats of lawsuits and funding cuts by the federal government.

Neither the federal government nor courts should have the power to redefine what it is to be a man or a woman for all Americans. Congress should rein in the Obama administration’s attacks on Congress’s authority by making clear that when it passed laws using the word “sex,” it meant “sex”—not “gender identity.”

Congress can and should pass legislation to undo the confusion and harm unleashed by an overreaching executive branch and activist courts (stacked with liberal Obama appointees) in order to restore respect for the rule of law, federalism, and state, local, and private decision-making.

Congress has at least three different ways of reasserting its authority.

1) Congress could make clear that all federal laws that refer to a person’s “sex” cannot be understood or interpreted by any court or federal agency to mean “gender identity” without explicit Congressional authorization. This would have the benefit of undoing the administration’s past and current abuses, as well as preventing future ones.

2) Congress could pass a statute offering the same clarification but targeted to just the specific federal laws the administration has abused, such as Title IX of the Education Amendments of 1972, Title VII of the Civil Rights Act of 1964, and Section 1557 of the Affordable Care Act, among others.

This would reiterate that when Congress referred to a person’s “sex” in these laws, the word referred then to what it continues to refer to now—a biological reality, not “gender identity.”

3) Congress could pass statutes based on its power of the purse. It could specify that the Departments of Education, Justice, and HHS (Health and Human Services), as well as the Equal Employment Opportunity Commission may not use any funds to implement or enforce its new administrative transgender directives or regulations against persons, institutions, schools, businesses, and governments that allegedly do not comply.

Additionally, Congress could specify that these agencies may not revoke federal funding for any purported non-compliance with the administration’s gender identity directives.

Most Americans are encountering questions related to transgender students for the first time. Important conversations are underway among citizens, but the Obama administration is trying to shut them down. The Obama administration is rushing to impose a top-down solution on the entire country. In response, Congress should act to preserve the right of the American people to have these conversations, consider all the relevant concerns and make policies that will best serve all members of their community.

They’ve been able to reach solutions, such as opening new single-occupancy restrooms and changing facilities for transgender students while keeping girls’ and boys’ rooms for biological girls and boys. But activists attacked these commonsense compromises as “transphobic.”