The Left’s Fuel Economy Regulations Could Cost You $3,800 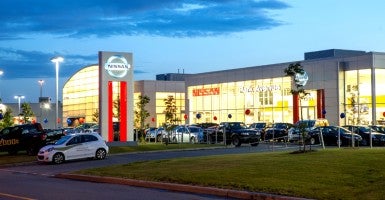 As Michigan voters head to the polls on Tuesday, they should ask candidates whether they will leave in place costly regulations that have added thousands to the price of new cars and depressed sales for the state’s iconic industry. How much more expensive are the gas mileage gains?

Scholars estimated that the new standards would add at least $3,800 to the cost of a car in 2016 and at least $7,200 in 2025. This cost includes the gasoline savings. Empirical Heritage Foundation research supports those estimates. You get only what you pay for, and you have to pay for what you get.

Thus, fewer U.S. auto workers are employed now than in 2007 despite a drop in wages. Although the regulations may not hurt many corporations as much (because they can lay off workers and pass higher costs on to consumers), consumers and auto workers have been the lab rats of this failed environmentalist experiment.