Two States That Are Working to Protect Religious Liberty 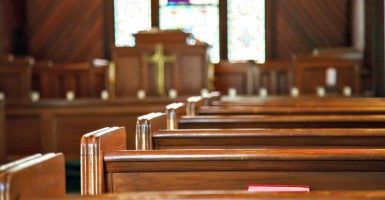 There are currently 21 states that have implemented Religious Freedom Restoration Acts. (Photo: istockphoto)

With state legislatures entering the busiest time of their legislative calendar, a number of states are considering Religious Freedom Restoration Acts (RFRA) that would protect citizens’ fundamental rights from unreasonable and unnecessary government coercion.

West Virginia and Georgia are among the states that have introduced state-level versions of the federal Religious Freedom Restoration Acts, which prohibit substantial government burdens on religious exercise unless the government can show a compelling interest in burdening religious liberty and does so through the least restrictive means.

The First Amendment Partnership, an organization whose mission is “to promote and protect religious freedom for people of all faiths,” created the below infographic separating myth from fact on Religious Freedom Restoration Acts:

Despite strong deference to religious freedom, the laws don’t allow individuals to do whatever they wish in the name of religion. The laws are simply a commonsense way of balancing government interests with the fundamental freedom of individuals to live out their faith.

Religious Freedom Restoration Acts rightly set a high bar for the government to meet in order to restrict religious freedom. But there will be times when the government can show it has a compelling reason for burdening religious expression—to ensure public safety, for instance.

These commonsense laws simply place the onus where it belongs: on the government to justify its actions when it burdens the free exercise of religion.

There are currently 21 states that have implemented Religious Freedom Restoration Acts, and eleven additional states have religious liberty protections that state courts have interpreted to provide a similar level of protection. Because Religious Freedom Restoration Acts have proven to be excellent policy, it would be a mistake for West Virginia and Georgia not to add their names to the roster of states that have adopted them to further religious liberty for all.