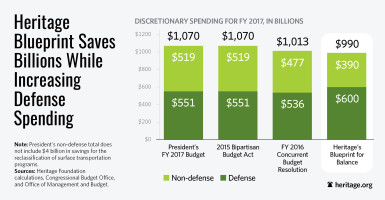 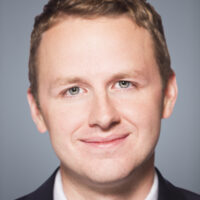 Republicans in Congress will make the next move. And it’s important that Congress not bless the Boehner-Obama spending agreement in its budget.

The Boehner-Obama budget-buster passed Congress with only 79 House Republicans voting in its favor (167 were opposed) and should not be a part of any budget written by the Republican majority. The GOP’s budget should abandon arbitrary limits on defense and non-defense spending and replace them with an aggregate limit on discretionary spending in 2017, as promised with last year’s budget.

Congress must then act on its budget by passing appropriations bills that reflect the priorities of the American people—not bills that provide preference to the president or the minority party in Congress. Congress should hold the administration accountable by providing fewer resources to agencies that engage in unlawful activities or overly expansive power grabs.

The Heritage Foundation is developing a plan to help lawmakers. Heritage’s “Blueprint for Balance” will be released later this month. The chart above illustrates that Republicans can do better than the fiscally irresponsible deal negotiated last year.