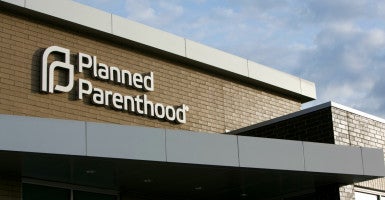 In a 22-8 vote Wednesday afternoon, the Ohio Senate passed legislation defunding Planned Parenthood and other providers of abortions that are not medically necessary.

The bill from the Ohio House, amended by the Senate in the morning, cuts an estimated $1.3 million from Planned Parenthood and directs the funds to approved health care providers that don’t perform such non-therapeutic abortions.

“The bottom line is that Planned Parenthood performs one-third of abortions in the country and one-third of the abortions in Ohio,” state Sen. Peggy Lehner, R-Kettering, said on the Senate floor. “To many Ohioans, that is deeply, deeply offensive. It strikes at the very core of our beliefs.” Lehner added:

We have an obligation to make sure there are other places in this state that provide the services that might possibly suffer under this policy. We can prevent the death of children by helping to make sure their mothers are eligible for Medicaid. These are steps we have taken in this bill. But they are only necessary because Planned Parenthood has chosen to be the leading abortion provider in this nation.

Rep. Bill Patmon, D-Cleveland, the bill’s House sponsor, told The Daily Signal he was a little concerned about the Senate amendment. Although it outlines additional definitions and funding guidelines, he said, he believes that the bill is ultimately the same, and the House just has to pass it a week later.

“We always want the legislation to be done, but waiting one more week is manageable,” Katie Franklin, communications director for Ohio Right to Life, told The Daily Signal.

“The Senate amendment has a lot to do with the infant mortality rate funding, which is important,” she said. “If Planned Parenthood is receiving funding to save babies’ lives, then the funding is inconsistent in principle, given [Planned Parenthood’s] low track record of bringing babies to term.”

In a statement provided to The Daily Signal, Arina Grossu, director of the Center for Human Dignity at the Washington-based Family Research Council, said the legislation also benefits taxpayers:

Defunding Planned Parenthood means that taxpayers in Ohio are no longer forced to fund a scandal-ridden organization that has been at the center of investigations involving the sale and harvesting of baby organs, and which has been complicit in covering up child prostitution and sex trafficking, sex-selective abortions, and Medicaid fraud.

Planned Parenthood contends that the Ohio legislation is a “political attack” in response to “discredited” undercover videos produced by the Center for Medical Progress.

“Just days after Planned Parenthood was cleared yet again from any wrongdoing and the maker of the discredited videos was indicted, the Ohio state legislature is continuing their political attacks against the health care provider,” Planned Parenthood spokeswoman Jocelyn Smallwood said in a statement provided to The Daily Signal.

For months, these out of touch politicians have heard testimony from patients who received essential, life-saving care through these programs; and from health care professionals who spoke to the critical health care services that Planned Parenthood provides to tens of thousands of Ohio women and men. In spite of the facts, they chose political points over the health and safety of Ohioans, and in doing so they have harmed some of Ohio’s most vulnerable citizens.

The Ohio Senate’s Committee on Government Oversight and Reform conducted an initial hearing on the bill Tuesday, including testimony from more than 60 Planned Parenthood representatives, pro-life advocates, and health organizations.

Andy Udovich, a member of Students for Life at the University of Akron, testified to the importance of preserving life.

“We must work to ensure that every human being in our society has the right to life. I believe that that will lead to a happier and more fulfilling life for all of us,” he told the committee.

Others, such as Planned Parenthood representative Vontara Colbert, defended the organization for supporting women.

“When I was young and pregnant, I felt like I had no one to talk to,” Colbert said, “and I have met so many girls who found themselves in the same situation over the years.” She added:

There are places to go to that make you feel bad about your situation and your choices, and then there is Planned Parenthood. They give you options, explain those options—but they don’t judge, and they help you get what you need no matter your circumstances.

Patmon, the bill’s sponsor, estimates that the House will hear the revised legislation Feb. 10 or 11. He said he expects the House to pass the measure and Ohio Gov. John Kasich, a Republican, to sign it.