Why Obamacare Might Force Doctors to Perform Sex-Reassignment Surgeries 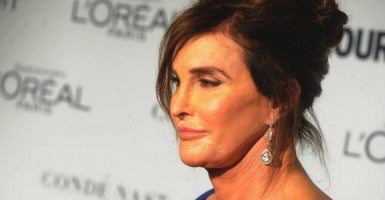 Well now Health and Human Services has a “Gender Identity Mandate” in the works.(Photo: Carlo Allegri/Reuters/Newscom)

You’ve heard about the Obamacare Individual Mandate. That’s the one that requires every person in America to get government-approved health insurance or face significant IRS penalties.

You’ve heard about the Health and Human Services (HHS) contraception mandate. That’s the one that requires private employers, including religious institutions like the Little Sisters of the Poor, to help provide insurance coverage for abortion-inducing drugs or face millions in IRS fines.

Well, now Health and Human Services has a “Gender Identity Mandate” in the works. This one would require doctors and insurers to provide or cover “gender transition” treatments or face discrimination charges and loss of federal funds and Medicaid reimbursements.

As we explain in a new Heritage Foundation report, the proposed regulations would create serious conflicts of conscience for many organizations, hospitals, physicians, and other individuals involved in health care who do not feel they are able to perform reassignment surgeries.

By prohibiting differential treatment on the basis of “gender identity” in health services, these regulations propose to penalize medical professionals and health care organizations that, as a matter of faith, moral conviction, or professional medical judgment, believe that maleness and femaleness are biological realities to be respected and affirmed, not altered or treated as diseases.

The proposed regulations create special privileges based on gender identity that will lead to unreasonable and costly litigation for physicians, hospitals, insurers, and others involved in health care. They would effectively require controversial procedures, such as “sex-reassignment” surgery, that respected medical professionals argue have not been proven effective in treating serious mental health conditions.

Rather than respect the diversity of opinions on sensitive and controversial health care issues, the proposed regulations endorse and enforce one view.

Section 1557 of the Affordable Care Act (ACA) guarantees that no individual can be denied benefits in a health program that is either federally run or federally funded because of the individual’s membership in well-established categories of civil rights law, including race, color, national origin, sex, age, and disability.

As passed by Congress, Section 1557 of the Affordable Care Act does not create special privileges for new classes of people or require insurers and physicians to cover or provide specific procedures or treatments.

The HHS Office for Civil Rights, however, interprets Section 1557 as if it did.

The proposed regulations redefine discrimination on the basis of “sex” to include “sex stereotyping” and “gender identity,” among other things. Under these guidelines, if a covered physician administers treatments or performs surgeries that can further gender transitions, that physician must provide them for gender transitions on the same terms, and insurance must cover it, regardless of the independent medical judgment of the physician.

Furthermore, the Office of Civil Rights has proposed no religious accommodation or exemption to its gender identity mandate or any other aspect of its proposed regulations.

The proposed regulations would apply to any “health programs or activities any part of which receives Federal financial assistance administered by HHS” as well as any health programs or activities administered by the Department of Health and Human Services and those established under Title I of the Affordable Car Act, including federally facilitated and state-based insurance exchanges.

Because the federal government now subsidizes and manages such a large part of the medical insurance market, the proposed regulations would make it nearly impossible for private employers and individuals to find a health plan that does not cover gender transition treatments and procedures. It would also make it nearly impossible for medical professionals to work free from these regulations.

The Unsettled Question of Proper Treatment of Gender Dysphoria

Serious concerns raised by respected physicians about the propriety of sex-reassignment operations should give the Department of Health and Human Services and the office for civil rights pause before forcing individuals, physicians, hospitals, and insurers to participate in or cover such procedures.

As we explain in our new report, there are a variety of reasonable medical opinions about the best treatment for gender dysphoria—a deep-seated desire to appear and be treated as a member of the opposite sex.

Permanently altering, resecting, or amputating well-functioning organs of the human body is a controversial form of treatment. The federal government should not take sides in these debates through unaccountable agency action and then coercively impose that judgment on all medical professionals.

Dr. Paul McHugh, who is the former psychiatrist-in-chief at Johns Hopkins University Hospital, has written extensively about the serious medical and psychological questions surrounding sex-reassignment surgery. When McHugh arrived at Hopkins in the 1970s, the hospital had become one of the leading centers for sex-reassignment surgery in the country. Yet few follow-up studies were being conducted with patients receiving sex-reassignment operations as treatment for gender dysphoria.

McHugh encouraged his colleague Jon Meyer to conduct research on the psychological well-being of patients after sex-reassignment surgery to see if the procedure led to any improvements. The results, as McHugh describes them, left much to be desired.

Seeing little to no positive impact on the psychological health of transgender adults, McHugh could not justify continuing to surgically alter or remove healthy and fully functioning organs at the patients’ requests. McHugh concluded that Johns Hopkins’s practice of sex-reassignment surgeries, instead of helping patients, “was fundamentally cooperating with a mental illness,” and the hospital stopped prescribing and performing the procedure.

McHugh addressed the question of proper treatment in the context of civil rights:

[P]olicy makers and the media are doing no favors either to the public or the transgendered by treating their confusions as a right in need of defending rather than as a mental disorder that deserves understanding, treatment and prevention.

Claiming that this is [a] civil-rights matter and encouraging surgical intervention is in reality to collaborate with and promote a mental disorder.

The proposed regulations make no mention of the professionals who argue that there are serious medical and psychological concerns surrounding sex-reassignment surgery and gender-transition treatments.

Whether or not one agrees with McHugh and other medical professionals’ concerns about such procedures, they should retain the freedom to practice medicine according to their best judgments without governmental penalty.

Another Example of Regulatory Overreach Under Obamacare

Section 1557 of the Affordable Care Act is meant to extend existing protections against discrimination in federal programs to health care or health insurance programs that receive federal funds or are run by the federal government.

The health care law does not create special privileges, new protected classes, or new rights to particular procedures. The proposed regulations are therefore unnecessary and outside the proper scope of agency rulemaking.

To truly protect individual liberty and freedom of conscience, and fully respect the medical independence of physicians, Obamacare must be repealed. Patient-centered health care reform that puts decision-making back in the hands of individuals, families, and physicians would lower costs, increase access, and respect the freedom of conscience of both consumers and medical providers.