The Census Bureau does its surveys by mail and by visits to selected homes. In neither case does it ask: 'Are you in the United States illegally?' (Photo: S. Rocker/ Picture Alliance/ Newscom) 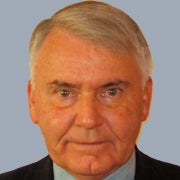 Call any journalist, pundit, anchor, strategist or lobbyist and ask: 1. How many illegal immigrants are in the United States? 2. What is your source for that number?

Almost without exception he or she will answer: 1.  11 million. 2. The Pew Research Center.

For a decade now, no number has been given greater certitude and less investigation than that. Not even the number of planets in our solar system has enjoyed such constancy and acceptance.

Since so much of the national discourse, debate, culture and treasure hinges on the accuracy of the number 11 million, one would think that some enterprising reporter would seek his Pulitzer by validating or debunking it.

Nope. Just unquestioned faith. No curiosity as to the source for that iconic value, or the methodology creating it.

So the correct answers are: 1. Nobody really knows. 2. It’s not Pew.

Suppose you were tasked with determining how many left-handed Swedes are in the U.S. A good statistician would come up with a survey asking: Are you a Swede? Are you left-handed?

Simple, no? You’d come up with a pretty good number after a few adjustments such as discounting the too-many Vikings in Minnesota and excluding the ambidextrous and amputees.

Now let’s give the task to the U.S. Census Bureau, a congressionally funded agency headed by a political appointee. That simple survey takes on new impedimenta.

First, you can’t actually ask the respondents if they are Swedes or left-handed. Nope, strictly forbidden. You have to do workarounds and make inferences such as “Do you like lutefisk and ABBA songs?”

Also, no enforcement process guarantees the respondents will answer the mail-in survey accurately, truthfully or completely. Just a little warning on the form, like those tags on your mattress that you rip off.

Oh, one more thing, as Columbo would say.

Imagine being a left-handed Swede is illegal. If you identify yourself as such, you will not be able to get a job legally, your family won’t get any welfare benefits, you might get thrown in jail and you could be deported back to Scandinavia.

Now fill out that form.

Ridiculous? Well, that’s how we get that 11 million figure.

Three main players were involved in generating that number of 11 million illegal immigrants: Pew Research Center, the Center for Immigration Studies and the Department of Homeland Security. But they were only masseurs of the source data, which comes from the Census Bureau by means of two surveys: the Current Population Survey and the American Community Survey.

We need to identify these players.

Pew claims impartiality, but the methodologists for its numbers come from decidedly liberal roots such as the Brookings Institution and the Urban Institute.  The Center for Immigration Studies approaches the question from the side of more controlled and limited immigration flows. Homeland Security is a bureaucracy with a presidentially appointed secretary who carries out administration policies.

The Census Bureau’s surveys are conducted both by mail and in-person visits to selected homes. Neither asks directly, “Are you in the United States illegally?”

We do not ask for nativity data to identify illegal immigrants. Note that we ask whether a person is a citizen, and that we do not ask whether he/she is legal or not (that is, has a green card or some other legal residence status).

Those who have followed the invasion by illegal immigrants have noticed that, in spite of their own observations and a wide-open southern border, the 11 million number has been used for more than a decade.

Pew, the most-quoted source, has used the figure since 2005. Some Homeland Security references approximating that number go back to 2003.

Rather remarkable, given that “official” sources have said the annual illegal entrants over that period range from 300,000 to 3 million in peak years. Even the low estimate means another 3 million illegals added to the 2005 estimate of 11 million, yielding at least 14 million.

Sarah Saldana, who runs Immigration and Customs Enforcement, the chief deportation agency and part of Homeland Security, testified Dec. 2 before Congress that the illegal population could be as high as 15 million. That estimate suggests a potentially bigger problem than the government generally acknowledges.

But no one really knows—illegal aliens sneak in.

To keep that 11 million a near constant, one would have to assume an equal number were repatriating themselves, or dying off in similar amounts. Has anyone reported a southbound crush on the Rio Grande bridges, or a plague attacking illegal immigrants?

Study the methodology of Pew, and that of the Center for Immigration Studies and the Department of Homeland Security, and you’ll find a lot of assumptions and circular references.

But even if all the assumptions were reasonably accurate, the original single-source data is highly flawed. The Census Bureau admits that even in the decennial census many people are missed. The enumeration has to be “adjusted” by the agency, too often for political ends rather than mathematical accuracy.

All of these estimates rely on what is called the residual method of estimation, which in Pew’s methodology equates to: C (illegal immigrants) = A (total foreign born) – B (estimated number of legal immigrants)

Border-jumpers don’t sign a register. The roughly half of illegals who have overstayed visas are not tracked in any meaningful way, since America has no worthwhile exit controls. Lack of exit controls also affects the accuracy of imputed repatriation numbers.

So the illegal component of the total foreign born (“A”) is grossly unknown, especially since illegal aliens tend to hide or to deny their status to government officials.

When “A” is underrepresented by an admitted short count and “B” is an estimate, it takes a lot of assumptions, outright guesses and much chutzpah to pretend that “C” can be fixed to a hard number of 11 million. These studies are eloquent in substituting “imputation techniques” and other esoteric words for “guesses.”

Other equally credible studies have produced numbers quite different from the now doctrinal 11 million.

Though now dated, these numbers implied many more illegal immigrants in 2005 than were acknowledged by Pew and the Center for Immigration Studies.

Why, then, has the 11 million figure become so sacrosanct?

Well, professional and institutional reputations are invested heavily in the number, perhaps because with its longevity the public has become comfortable or apathetic. Were it 20 million or more–a larger population than New York state–Americans might be getting really angry.

Imagine the reaction if the media reported daily that this 20 million cohort, supplemented by chain migration and family reunification mandates, would swell to 40 million or 50 million in a decade.

A few years ago, I suggested that if 11 million were so accurate, then Congress should pass an amnesty bill strictly limited to exactly 11 million. Everyone beyond that would be committing a felony and subject to imprisonment and deportation. The idea got no takers, suggesting that the experts and their political allies know quite well that the number is much higher.

President Ronald Reagan’s much-heralded amnesty of 1986 estimated about a million illegal immigrants would be eligible. The number turned out to be about 3 million. Would amnesty for 11 million turn out to be 33 million? There is that precedent.

A full exposé on the dogma of 11 million requires much more space than possible here. It would make for a score of Ph.D. dissertations and millions of dollars in studies by a government that is reluctant to challenge the conventional political wisdom.

But major, indeed existential, decisions are being made regarding illegal immigrants that affect the wide spectra of laws, culture, budgets, sovereignty, security, language, economy, health care and voting.

The Heritage Foundation has suggested that if given amnesty, 11 million illegal immigrants would cost taxpayers $6 trillion or more over the immigrants’ lifetimes.

While not exactly linear, those costs would double or more should the real count be in the range of 20 million to 30 million. That money could buy a lot of high schools, highways and health care for Americans.

With such impacts and the prospect of changing America in so many ways, shouldn’t we have a better way and greater urgency to identify the scope of the problem, so that we can address and develop solutions rationally?

Let’s question that 11 million. It’s not Scripture. It’s a guess.