Lawmakers Are Saying They Can’t Defund Planned Parenthood. Here’s How to Respond to 8 of Their Claims. 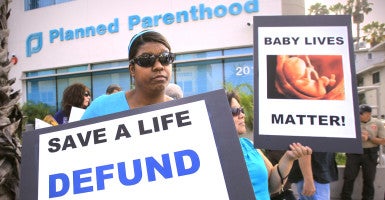 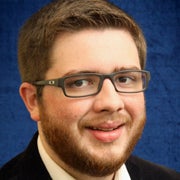 Nick Barden is the education coordinator for Heritage Action for America.

Abortion giant Planned Parenthood has been a recipient of federal funding under Title X of the Public Health Service Act and via Medicaid reimbursements, among other sources. Last reporting year, Planned Parenthood received $528 million—41 percent of its total revenue—a significant portion of which comes from these federal government programs.

This issue is now before Congress because the Center for Medical Progress began releasing a series of undercover videos in July documenting Planned Parenthood executives haggling over fetal body parts, as well as describing the use of the illegal partial-birth abortion procedure to secure intact organs. These videos have galvanized the conservative movement to demand that Congress finally defund Planned Parenthood.

Defunding Planned Parenthood involves attaching a legislative rider to an annual spending bill that withholds all federal dollars from Planned Parenthood. This would include the tax dollars received from both Title X family planning funds and Medicaid. There is an opportunity to defund Planned Parenthood right now as funding for the federal government expires Wednesday and needs to be renewed.

As lawmakers debate defunding Planned Parenthood, some have claimed it can’t be done. Here’s a response to eight of their claims.

1) Claim: Planned Parenthood cannot be defunded via the appropriations process, as its money comes from a mandatory funding stream.

Response: Annual appropriations bills routinely carry funding limitations to block all sorts of activities, as well as make changes to mandatory spending. One particular rider, the Hyde amendment (which bars the use of federal funds to pay for elective abortion), has been attached as a rider to a number of appropriations bills since 1976.

Additionally, Medicaid’s budget is appropriated annually. According to the Congressional Research Service:

2) Claim: Medicaid is a state-run program and the federal government doesn’t have the jurisdiction to stop funding to Planned Parenthood.

3) Claim: States have already tried to defund Planned Parenthood, and federal courts have struck down the attempts.

Response: It is true that some state attempts to defund Planned Parenthood, such as Indiana’s, have been struck down by federal courts. Part of Planned Parenthood’s funding comes through Medicaid, a program that, though administered by the states, is still subject to a number of federal regulations. States which sought to restrict Medicaid funding to Planned Parenthood ran afoul of a provision in federal law that allows recipients of Medicaid to choose their own provider.

In short, states and localities face obstacles because of federal law. This isn’t an obstacle for Congress, since Congress is the body that creates and amends that law.

4) Claim: No federal dollars that Planned Parenthood receives are allocated to abortions.

Response: It is true that federal dollars cannot be used to directly fund elective abortions. However, the government funding that American taxpayers have provided to Planned Parenthood for other services has freed up other resources that allowed the organization to become the nation’s largest abortion provider.

During its last reporting year, Planned Parenthood received more than $528 million in government funding, which made up 41 percent of the organization’s total revenue. Because of the fungible nature of money, government funding for one program frees up resources to be allocated elsewhere. Federal dollars ultimately do end up funding abortions, even if they are listed elsewhere on a ledger sheet.

5) Claim: Defunding Planned Parenthood is an unconstitutional bill of attainder.

Response: Article I, Section 9 of the U.S. Constitution states that “No Bill of Attainder or ex post facto law shall be passed.” In Selective Service v. Minnesota Public Interest Research Group, the Supreme Court defined a bill of attainder as a “law that legislatively determines guilt and inflicts punishment upon an identifiable individual without provision of the protections of a judicial trial.” In order to be ruled a bill of attainder, a legislative act must 1) specify the affected persons, 2) include punishment, and 3) lack a judicial trial.

In ACORN v. United States, the 2nd Circuit Court of Appeals ruled that a 2009 law defunding ACORN by name did not constitute a bill of attainder because it did not meet the historical, functional, or motivational tests for punishment. Historically, the statute did not involve traditional forms of punishment, such as imprisonment, banishment, death, or other similarly severe consequences. Functionally, the statute furthered non-punitive purposes. Motivationally, there was no legislative record overwhelmingly reflecting a clear intent to punish, as opposed to merely ensuring that tax dollars no longer flowed to the organization.

A statute defunding Planned Parenthood would similarly fulfill the historical, functional, and motivational criteria. Defunding Planned Parenthood would not involve consequences historically recognized as punishment, it would further the non-punitive legislative purpose of protecting human life, and it would not overwhelmingly reflect a clear legislative intent to punish.

Response: This effort will set up a major political confrontation with President Barack Obama, but it is the sort of conflict that will allow conservatives in the House of Representatives to remind the American people that it is taxpayer dollars that enable the horrors we’ve witnessed from Planned Parenthood, and that a defunding rider could pull out the supports propping up the abortion industry.

If House conservatives insist on defunding Planned Parenthood, it is possible that the Obama administration will shut the government down. This would not be the end of the world, and it needs to be an option.

President Bill Clinton shut the government down in 1995 by refusing to sign legislation funding the government. While most pundits in Washington, D.C., believe this was a catastrophic political failure for Republicans, it is a fact that the House Republicans maintained their majority in 1996, even with a popular president of another party on the ticket. Their willingness to not accept all of Clinton’s demands was crucial toward eventually balancing the budget and reforming welfare.

Similarly, in 2013, House Republicans fought to defund Obamacare, and Obama with Senate Democrats ultimately shut the government down. Again, pundits have heralded this as a political failure for the Republican Party, but the fact remains that Republicans grew their majority to their largest since 1929-30, and took control of the Senate. Meanwhile, Obamacare continues to be destabilized.

7) Claim: Planned Parenthood can dissolve and reform under a different name. ACORN did this in response to a bill from Congress cutting off their funding.

Each organization has different structures and streams of revenue. Though Planned Parenthood’s path to becoming the nation’s abortion giant was made possible by federal funds (which provided 41 percent of the organization’s revenue in 2014), they still receive considerable funding from private donors.

8) Claim: Congress should ban funding flowing to any abortion provider.

Response: Congress could attach a broader rider aimed at all taxpayer funding of abortions, and we would support such a policy. But given the blatant disregard for human life showed by this particular organization—which happens to perform 1 out of every 3 abortions in the country—Planned Parenthood is a good place to start.