13 Photos of the Devastating California Wildfires 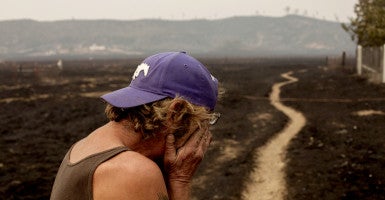 Robert Hooper, exhausted after several days with little sleep, is overcome with emotion while surveying his property that was burnt to the ground. (Photo: Reuters/David Ryder/Newscom)

More than 550 homes in flames, 62,000 acres scorched, and one death — the Valley Fire in Middletown, Calif. is only 30 percent contained, according to the Los Angeles Times, and doesn’t look like it is anywhere near done raging through Northern California. Its cousin, the Butte Fire, now about 45 percent contained, forced evacuations and destroyed 233 homes and more than 71,000 acres, according to Capital Public Radio.

Here’s a look at some of the devastation.

A firefighter scrambles down an embankment while battling the Butte fire near San Andreas, Calif. Sept. 12, 2015. (Photo: Reuters/Noah Berger/Newscom) 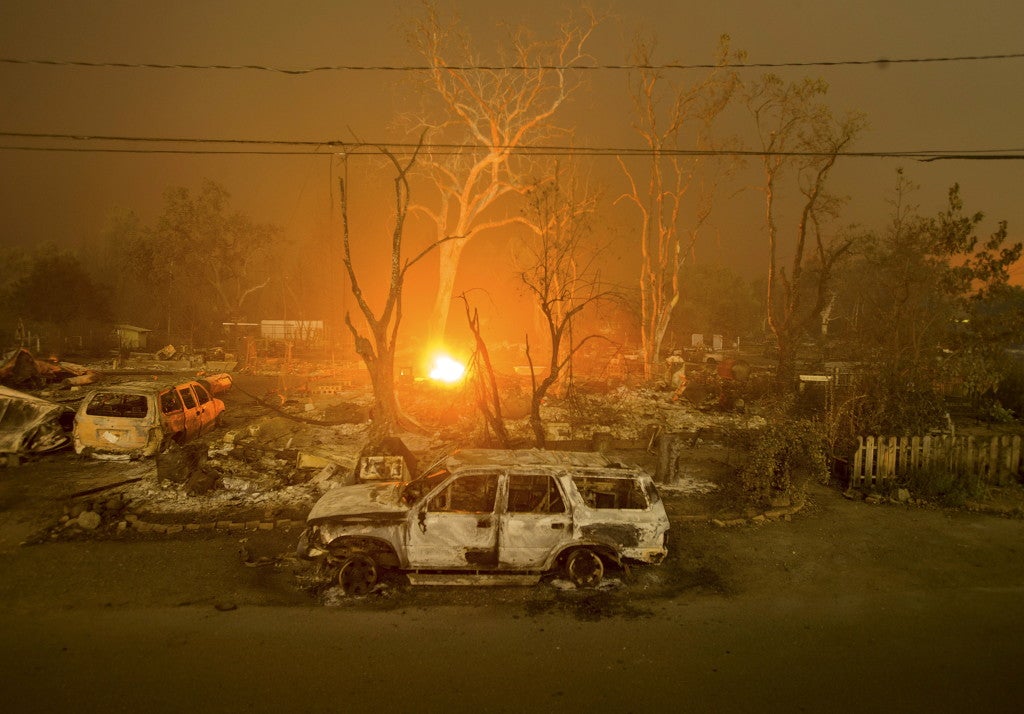 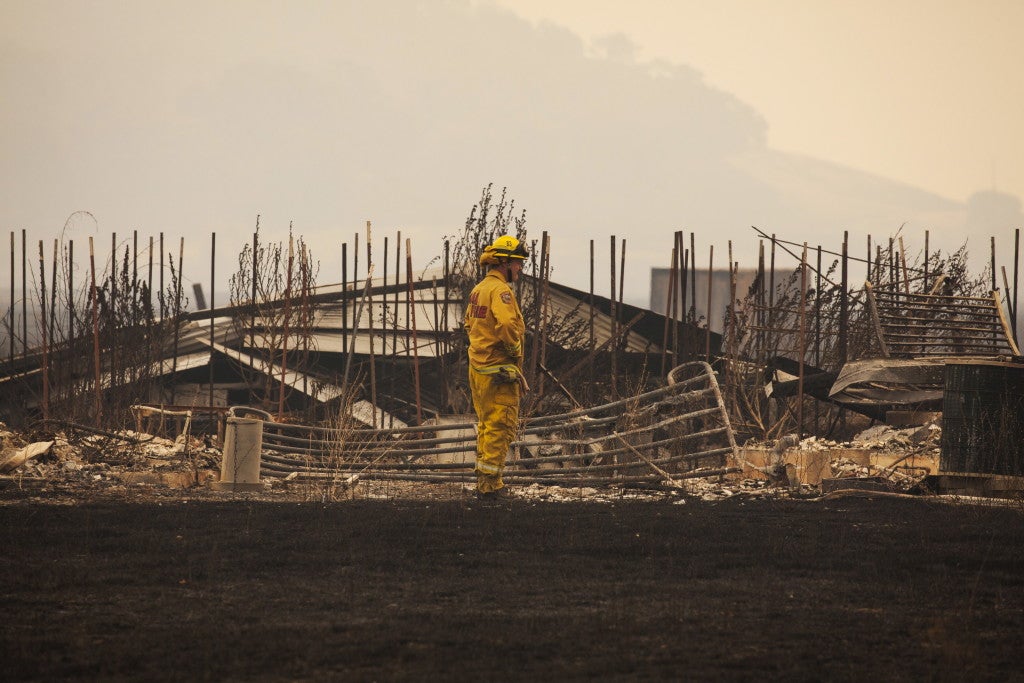 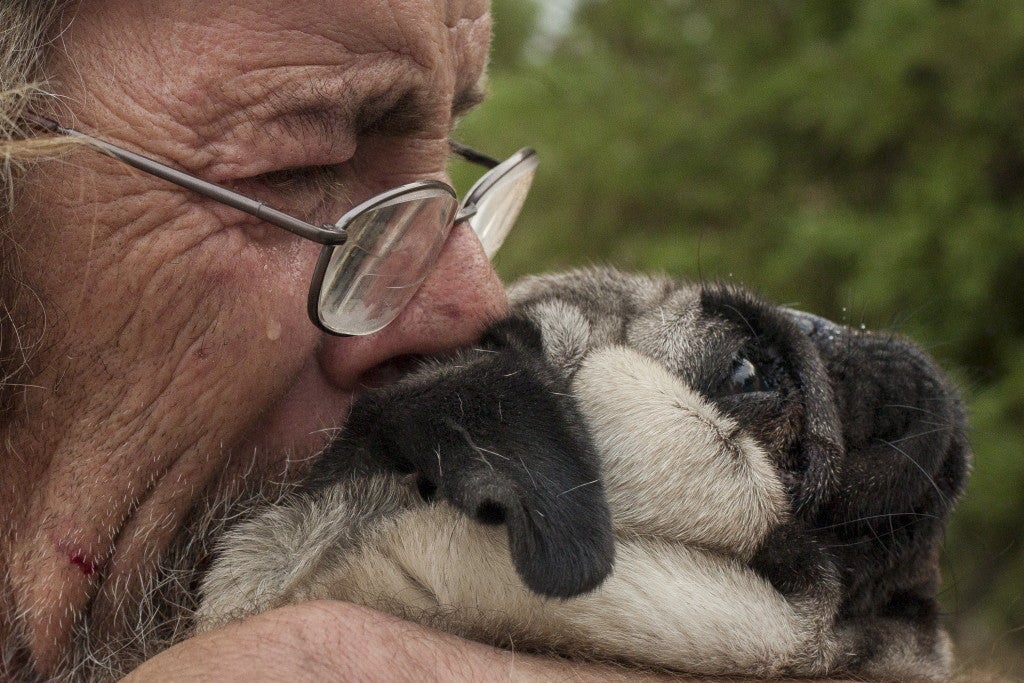 Hooper hugs his dog Toby on his property after seeing the damage of the northern California fire that’s claimed one life and burned at least 400 homes to the ground. (Photo: Reuters/David Ryder/Newscom) 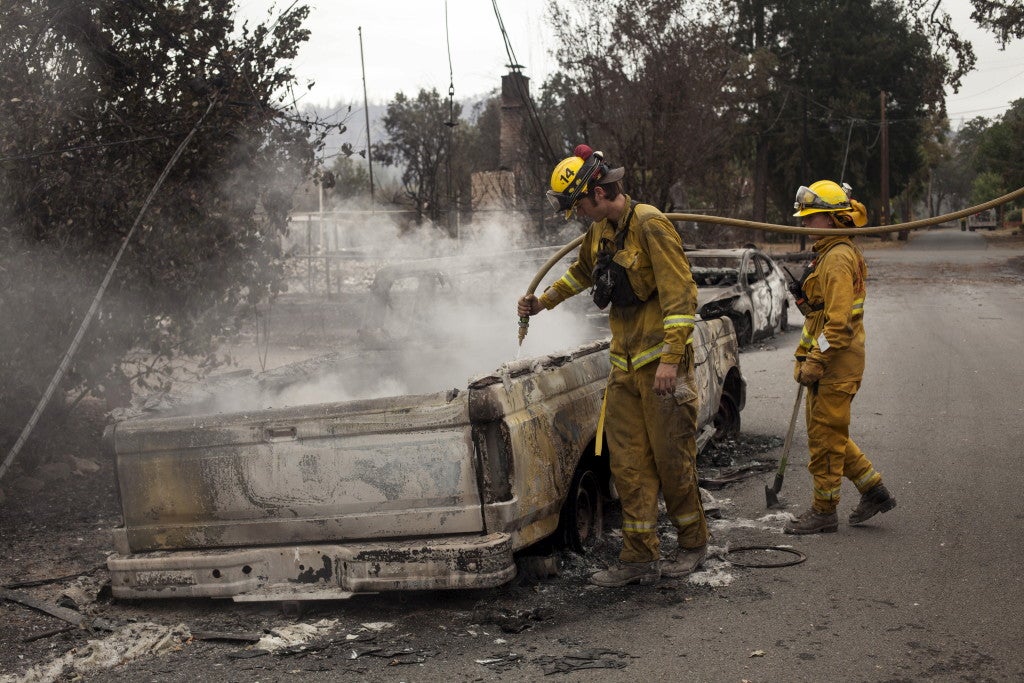 Firefighters extinguish a flare up in an automobile burnt by the Valley Fire near Middletown, Calif. Sept. 14, 2015. (Photo: Reuters/David Ryder/Newscom) 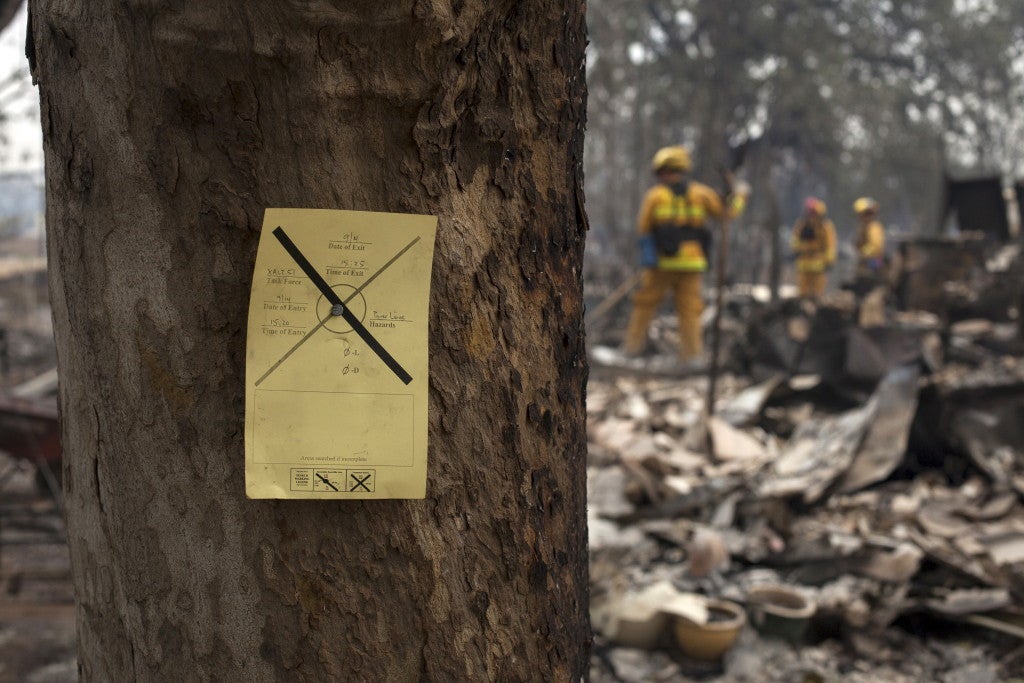 Information posted by rescue personnel to assist firefighters in searching for victims in the rubble of homes. (Photo: Reuters/David Ryder/Newscom) 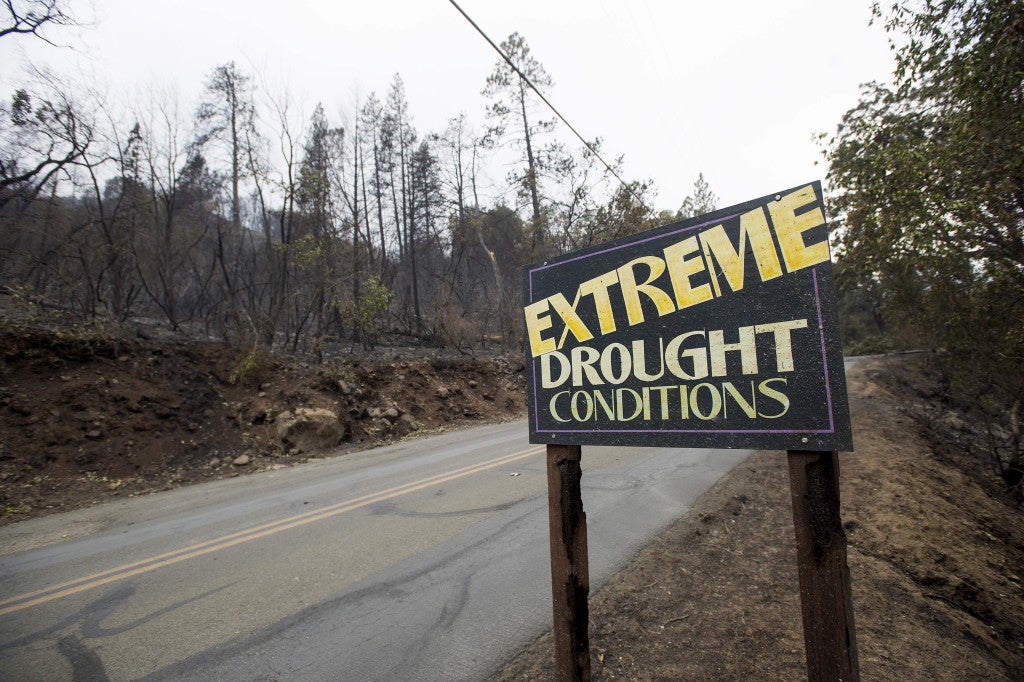 A sign remains among trees that were burned after the Valley Fire ripped through Middleton, Calif., Sept. 14, 2015. (Photo: Reuters/Noah Berger/Newscom) 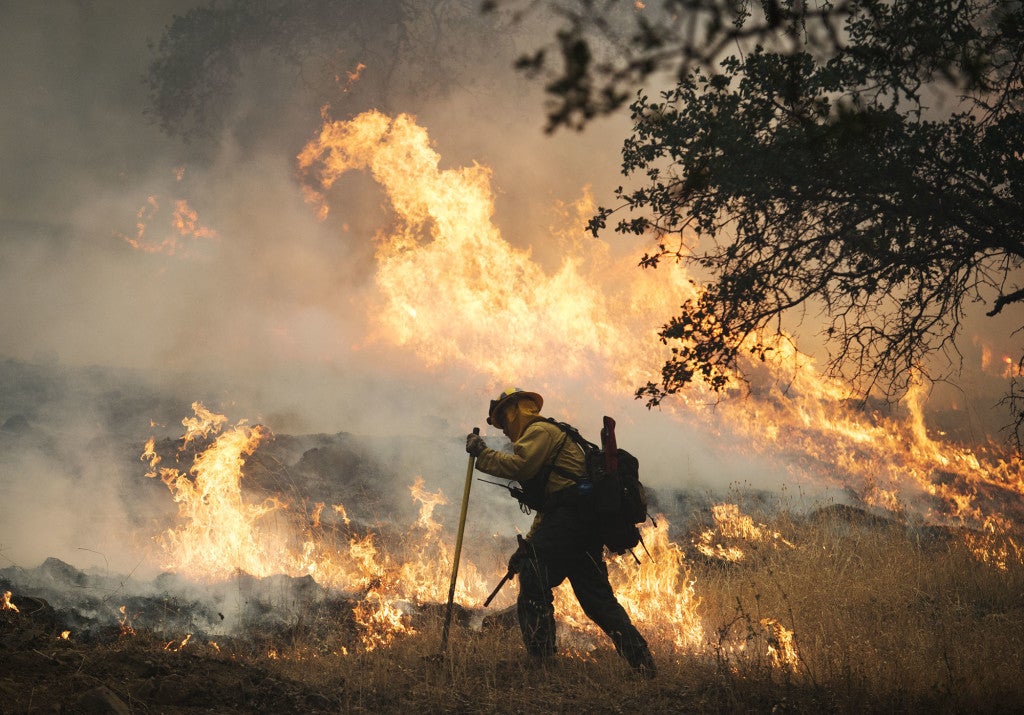 A firefighter lights a back burn along Highway 29 north of Middletown in Lake County, Calif. (Photo: Randy Pench/Newscom) 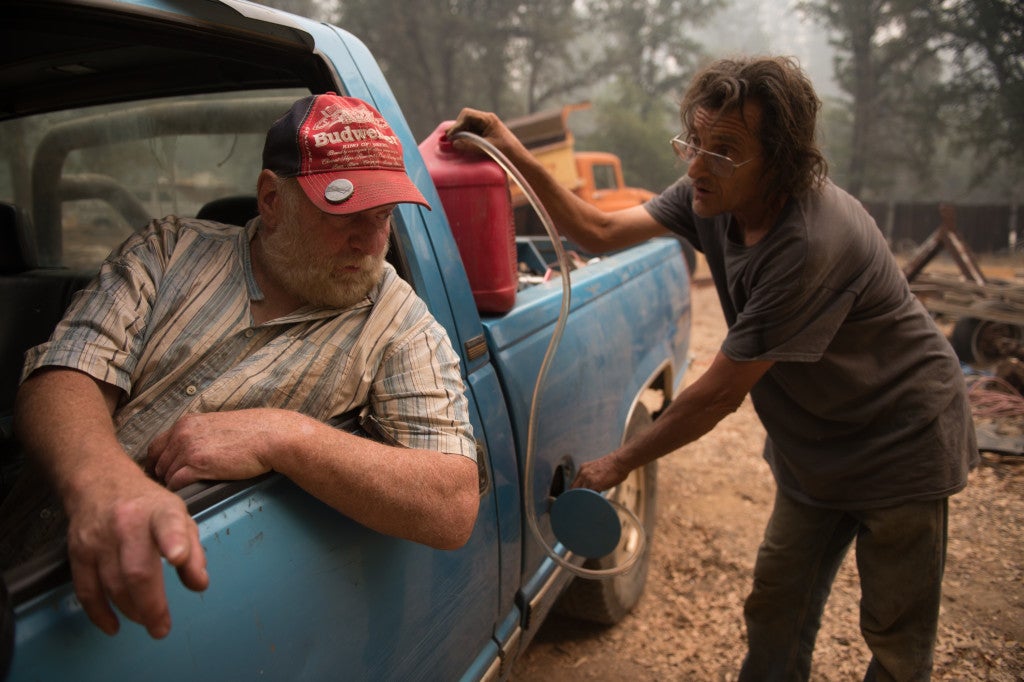 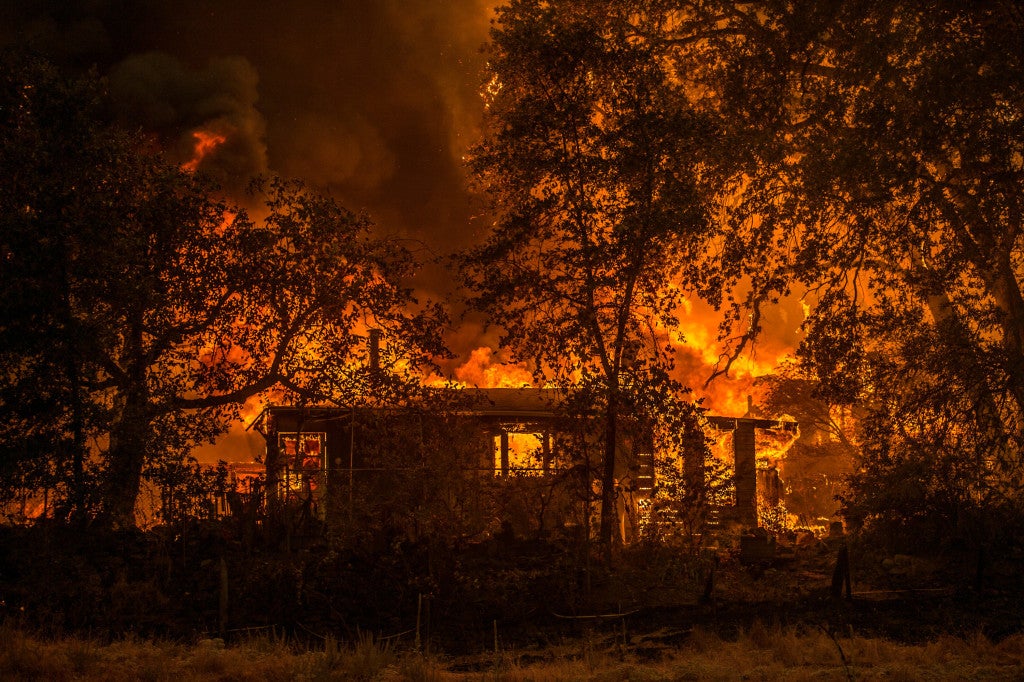 By Sept. 10. after two days of destruction, the fire had burned nearly 65,000 acres. (Photo: Andrew Seng/Newscom) 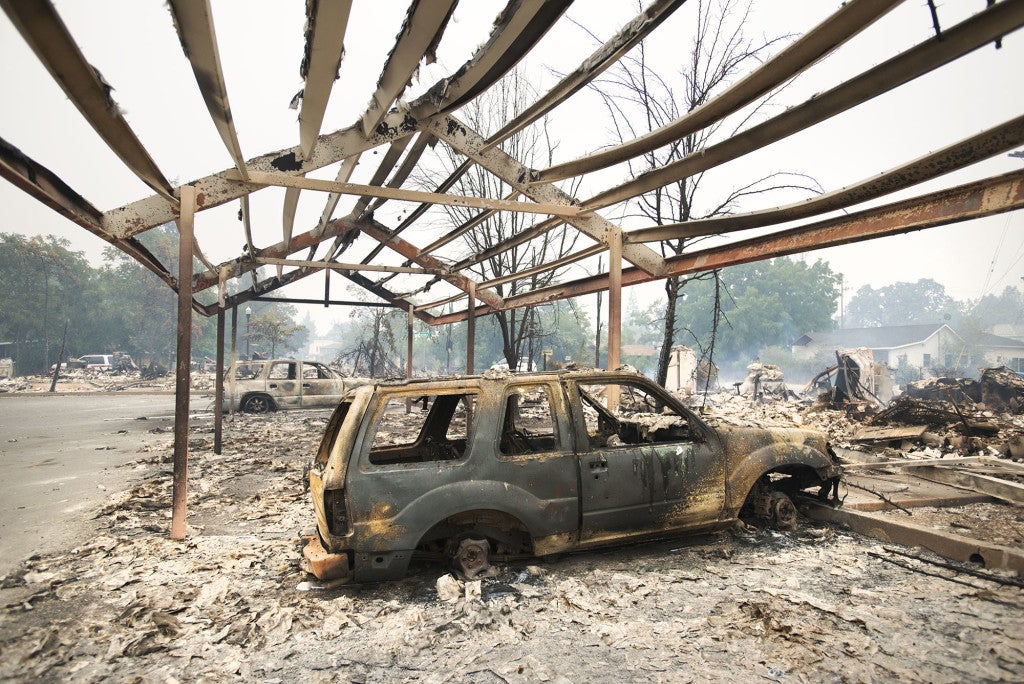 Many vehicles, including this one, were completely destroyed by a fast-moving blaze Saturday night while parked at an apartment complex in Middletown on Sunday. (Photo: Randy Pench/Newscom)