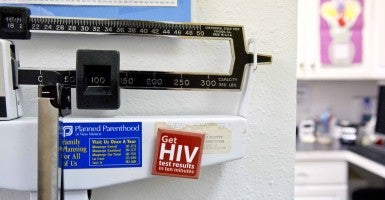 Planned Parenthood clinics have displayed a pattern of failure to report sexual abuse, according to a report by Alliance Defending Freedom.

Alliance Defending Freedom, a non-profit legal organization that advocates freedom of religion, compiled a report that states clinics in Alabama, Arizona, California, Colorado, Connecticut, Minnesota, and Ohio failed to report the sexual abuse of minors in their care to the appropriate authorities.

According to Decker, medical professionals are almost always included in mandatory reporting laws, and are therefore legally obligated to report abuse or suspected abuse to law enforcement.

Decker said that the taxpayer shouldn’t be forced to subsidize an organization that fails to report the sexual abuse of minors in its care and is suspected of trafficking aborted fetal body parts. (Planned Parenthood has denied taking any illegal actions.)

“The only thing Planned Parenthood is entitled to is a federal investigation.”

A spokesperson for Planned Parenthood did not immediately return The Daily Signal’s request for comment.

The following cases were outlined in the report.

According to the report, a Planned Parenthood affiliate in Mobile did not report the suspected sexual abuse of a 14-year-old girl.

Documents from the Alabama Department of Public Health show that an affiliate in Mobile did not report suspected abuse to authorities when the 14-year-old received two abortions within four months.

“Based on the review of medical records and the facility’s policy and procedure and interview, the facility failed to follow their own standards,” a report from the Department of Public Health states.

According to the report, Planned Parenthood of Central and Northern Arizona performed two abortions on a 12-year-old girl who was being sexually abused by her 23-year-old foster brother, who brought her to the clinic for the abortions.

The victim filed a civil lawsuit against Planned Parenthood for failing to report the crime in a timely fashion, which was later settled.

The report outlines multiple cases in California where Planned Parenthood did not report suspected abuse.

In one case, a 13-year-old girl who was sexually abused by her father went to Planned Parenthood for two abortions within 6 months. After the second abortion, instead of reporting suspected sexual abuse, a doctor implanted an intrauterine device in order to prevent additional pregnancies.

The abuse was uncovered only when the victim’s sister, also a victim of sexual abuse, reported their father to law enforcement. The man was prosecuted for sexually abusing his daughters.

According to court papers, one of the girls endured “seven years of sexual abuse” by the father.

The ADF report says a 13-year-old girl was brought to a Denver Planned Parenthood clinic by her stepfather for an abortion.

Court papers reveal that the stepfather, who also wanted the girl to be given a form of birth control she did not want, was sexually abusing her. The girl’s mother later discovered the abuse and reported the perpetrator to law enforcement. She testified that Planned Parenthood did not notify her of her daughter’s abortion, as they are required under Colorado law.

The man was later incarcerated for his crimes.

According to court papers, the civil case against Planned Parenthood was later settled.

According to a police report cited by ADF, a kidnapping victim was uncovered in the home of her abductor in 2007.

After her discovery, the victim revealed to police that she had been taken to a West Hartford Planned Parenthood clinic for an abortion during her captivity.

A 42-year-old father was found guilty of first-degree criminal sexual conduct for sexually assaulting his son’s 14-year-old girlfriend, according to court papers.

The perpetrator testified that he had taken the victim to Planned Parenthood for birth control during the course of the abuse.

The ADF report outlines several instances in which Planned Parenthood clinics in Ohio did not report sexual abuse.

In one case, a 16-year-old victim of sexual assault was taken to Planned Parenthood. She informed a Planned Parenthood employee that her father was abusing her, but the employee did not report the assault to law enforcement. She suffered another year and a half of abuse.

The victim’s civil lawsuit against Planned Parenthood was later settled.