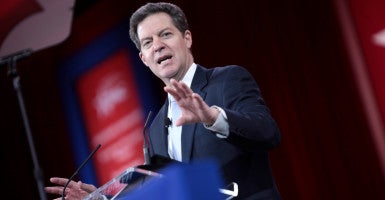 More people are paying attention to Planned Parenthood’s government funding following a series of undercover videos. But the fight over public funding for the abortion giant has been brewing for quite some time and is likely to get more rancorous. Case in point: Kansas.

The state legislature and governor successfully moved to divert $300,000 in public funds away from Planned Parenthood in 2011. Their actions have not gone unnoticed: The White House has since responded to the state by cutting its Medicaid funding by nearly the same amount.

Republican Gov. Sam Brownback signed into law legislation that funded local health clinics instead of Planned Parenthood, meaning overall funding for health care was not reduced. In fact, the bill also directed another $300,000 to the Sen. Stan Clark pregnancy maintenance initiative program, which “awards grants to not-for-profit organizations for programs that provide services for women which enable them to carry their pregnancies to term.”

The diversion of funds led to the closing of a Planned Parenthood clinic. Dr. Robert Moser, who at the time was the secretary for the Kansas Department of Health and Environment, stated:

Title X was not intended to be an entitlement program for Planned Parenthood. Other providers are already offering a fuller spectrum of health care for Kansas patients. This highly unusual ruling implies a private organization has a right to taxpayer subsidy. The people of Kansas disagree.

Earlier this month, the federal government slashed Title X funds to the state by $370,000. According to the Department of Health and Human Services, “Title X is the only federal grant program dedicated solely to providing individuals with comprehensive family planning and related preventive health services.”

It turns out that, according to an Associated Press report, the amount cut from Kansas Title X funds is the same amount that was given to two Planned Parenthood clinics (and one unaffiliated clinic). 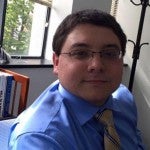 Nicholas graduated from Binghamton University with a degree in political science. While at school he wrote for a campus publication, The Binghamton Review.