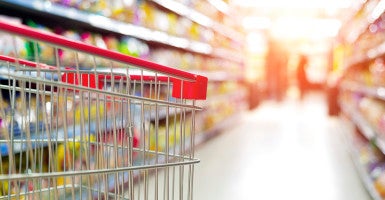 Maura Corrigan is a visiting fellow at the American Enterprise Institute and the former director of Michigan’s Department of Human Services.

The nation’s Supplemental Nutrition Assistance Program (SNAP, formerly food stamps) experienced mixed results in 2014. Participation and average benefit amounts fell slightly from the previous year, but the program remains much larger than it was a decade ago, despite an improving economy. And far too few working-age adults receiving SNAP are in fact working, even years into the recovery. The program may appear to be on the right track—but it is far from perfect and traveling much too slowly.

First, some background: SNAP provides food assistance to low-income individuals and households, with the goal of preventing hunger and malnutrition. These benefits are transferred to a recipient’s Electronic Benefit Transfer (EBT) card once per month and can be used in most grocery stores and establishments that sell unprepared food. With some exceptions, only households making 130 percent of the federal poverty level or less are eligible.

In 2014, participation fell to 46.5 million from 47.6 million people the year before. The average monthly payment for all SNAP households fell to $257 in FY 2014, from $275 in FY 2013. Households with children typically receive more (around $400 per month), while elderly recipients receive less (just over $100). These numbers are moving in the right direction, but not fast enough.

One out of seven Americans received SNAP benefits in 2014, and the program cost $74.1 billion—the second largest means-tested welfare program. Participation remains twice as high as it was a decade ago (24 million in 2004), even as the unemployment rate has dropped in recent years.

Participation demographics have also changed substantially. A slight majority of recipients are now non-elderly adults; before the 2008 recession, 55 percent of SNAP households consisted of children and the elderly. Additionally, the number of nonworking, nondisabled, working-age recipients has risen rapidly. Some of this change is due to the waiving of work requirements for able-bodied working-age adults without dependents during the recession.

As a former state human services director who administered more than 70 federal means-tested welfare programs, I believe that one track is especially important for reforming welfare programs. Our nation’s simple three-word mantra should be “Better Off Working.” Social safety-net programs, including SNAP, should expect and encourage work—and the dignity and responsibility that accompany it—from those who are able to do so.

The Agricultural Act of 2014 (the “farm bill”) provided for a 10-state pilot that allows states to experiment with work requirements. This is a promising development, but more needs to be done.

Rather than promoting self-sufficiency, SNAP’s predominant track record over the past decade has been to add participants to its rolls. Also, its eligibility definitions are in many cases vague, allowing it to deny fraud, waste, and abuse in the program, despite the reports of such behavior from citizens and caseworkers. Also, SNAP is administered by the U.S. Department of Agriculture, but it is not an agriculture program and is too often divorced from anti-poverty programs run by the Department of Health and Human Services. Moving forward, these issues need to be addressed more directly.

Many of the benefit increases and eligibility expansions in SNAP associated with the recession seem to have peaked and are on their way down. Participation in SNAP is falling as the economic prospects of Americans improve, yet participation rates and program spending are projected to remain near historically high levels into the foreseeable future (and labor force participation remains worrisomely low). The question now is whether SNAP will be effectively reformed to promote work, the most effective anti-hunger and anti-poverty solution available.