Louisiana Governor Bobby Jindal tells The Daily Signal that any renewal of the Highway Trust Fund needs to come without any tax increases.

“I don’t think they need to be raising taxes. The Democrats never saw a tax increase they didn’t want to increase. They want to use this as an excuse to grow government,” Jindal said during our interview at the Faith and Freedom Conference in Washington, D.C.

The Highway Trust Fund is set to expire at the end of July. Jindal believes any final deal must include as little government red tape as possible. “If we invest in infrastructure it can be very good for the economy, but … when it comes out of D.C. too often there’s a lot of pork barrel spending attached to it.”

“All of a sudden there are these rules and restrictions that make it more expensive that sometimes don’t allow those dollars to go where they are most needed … There’s a lot of waste when D.C. gets involved … ” Jindal said.

Jindal, who is widely expected to announce his candidacy for president this Wednesday, took the opportunity during our interview to make the federalist case when it comes to highway spending and control. “As they debate this, I hope the folks in D.C. will remember that there is a 10th Amendment to the Constitution and D.C. doesn’t always know best. Sometimes it might be good to trust local and state governments.”

Later this week, the Senate Finance Committee will hold a hearing to look at financing options for the highway trust fund. As for the July 31st deadline, there’s talk of extending the deadline six more months until the end of the year. 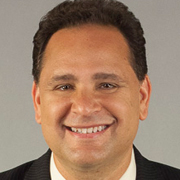