Lawmakers Had 10 Months to Fix Broken Transportation Funding. They Didn’t Do Anything. 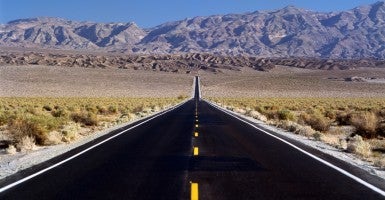 Another day, another punt on important policy matters by members of Congress.

Faced with a May 31st deadline, lawmakers’ latest “fix” for highway funding—a two-month extension of current policy—comes after members had given themselves ten months to devise a long-term solution.

To almost no one’s surprise, the ten months flew by without a whisper of a viable plan, resulting in the resigned introduction of a short-term extension two weeks before the deadline (and a week before members head home for their Memorial Day recess). The bill flew through the House effortlessly on Tuesday, and now waits for consideration in the Senate.

The clean two-month extension, which does not require spending offsets because the Highway Trust Fund will have enough funds to maintain obligations through July, has several troubling implications.

Most importantly, it is indicative that there is little political will to truly fix a dysfunctional system. The Highway Trust Fund consistently spends billions more than it receives in tax revenues, and Congress had given itself 10 months—more than ample time—to devise and deliberate alternatives.

Nor is this a new problem: Since 2008, Congress has repeatedly had to bail the trust fund out with $62 billion dollars from the general fund. The Congressional Budget Office predicts that over the next 10 years, the Highway Trust Fund will spend $180 billion more than it receives in revenues if current trends continue.

Clearly the current system is not sustainable, yet there seems to be little sense of urgency, especially among those who refuse to examine the spending side of the problem.

Also disconcerting is that the alternative plan, a seven-month extension proposed by Sen. Orrin Hatch, R-Utah, gained little traction in Congress. While the plan was not a marked improvement over the two-month extension, the Hatch Patch would have required $11 billion in offsets.

The proposal, which required actually paying for $11 billion of new spending, immediately ran aground, signaling that there is no willingness to reform transportation spending, and that the sole focus is on boosting revenues to accommodate the current system. Hatch himself characterized the Democratic strategy on highway funding this way: “if they make Republicans vote on highway funding over and over again, we can be cajoled into accepting their preferred solution, which is a tax hike.”

Finally—and most perturbingly—the extension does nothing to lead to real transportation reform. Transportation and Infrastructure Committee Chair Bill Shuster, R-Pa., has already conceded that instead of prompting a long-term solution, the two-month extension means Congress “will more than likely have to pass another short-term patch,” at the end of the summer.

Others have already lined up to use highway funding to grease the skids for legislation that has nothing to do with transportation. Sen. John Thune, R-S.D., stated he wanted to include highways in the annual tax extenders provision, while Rep. Kevin McCarthy, R-Calif.,would prefer to tie highway spending to a tax reform proposal that includes repatriation.

These ideas head in the complete wrong direction. Any highway funding bill should pursue rigorous reforms and stand on its own merits; it should not be used as a bargaining chip for other pieces of legislation.

The incessant congressional mishandling of highway authorizations exemplifies why the federal government should not have control of transportation spending in the first place.

States should not have to rely on the federal government to collect gas taxes only to distribute the funds back via lackadaisical half-measures that come with burdensome federal mandates. That strategy has produced the broken system that plagues the nation today.

Instead, Washington should end its bailouts of the Highway Trust Fund and get out of the way to allow states to take the reins on funding their own transportation infrastructure.