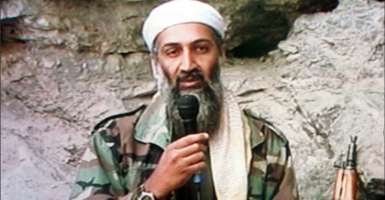 Did the Obama administration lie about the details surrounding Osama bin Laden’s death?

A recent article in the London Review of Books titled “The Killing of Osama bin Laden,” by Seymour M. Hersh argues that the Obama administration has lied about several of the details of the U.S. raid on Osama bin Laden’s compound in Abbottabad four years ago.

There have been valid questions raised in the past about the administration’s handling of the announcement of the May 2, 2011 raid that killed bin Laden, but most of Hersh’s article rings false, especially information about Pakistan helping the U.S. track bin Laden.

In Hersh’s article, which he says is based on conversations with a senior U.S. retired intelligence official and “information from inside Pakistan,” he spins a tale about Pakistani intelligence officials leading the U.S. to the bin Laden compound and of Pakistan agreeing to facilitate the raid in exchange for continued U.S. military assistance and a “freer hand” in Afghanistan.

Renowned terrorism expert and CNN analyst Peter Bergen said that Hersh “misfired” with the publishing of the article and that “none of it adds up.” Bergen summarizes the contents of the article by saying, “What is true in the article isn’t new, and what is new isn’t true.”

To better understand Pakistan’s relationship with al-Qaeda and what Pakistani intelligence officials may or may have not known about Osama bin Laden’s hideout in Abbottabad, read instead the second tranche of the bin Laden files (documents retrieved from bin Laden’s compound) that were released to the public in February as part of the U.S. trial of terrorist leader Abid Naseer.

Those documents reveal that Pakistan’s intelligence service (ISI) was in contact with bin Laden through an intermediary, Pakistani terrorist leader Fazlur Rehman Khalil, and considered establishing a cease-fire with al-Qaeda.

According to the documents, al-Qaeda leadership was prepared to halt operations against the Pakistani state, if Pakistan would stop “causing harm” to al-Qaeda.

The Pakistanis responded to the al-Qaeda offer by sending emissaries, Khalil and retired Pakistani intelligence officer Hamid Gul, to meet with al-Qaeda leadership and convey a request for patience as their intelligence services sought to convince U.S. leaders to negotiate with al-Qaeda.

This accounting of Pakistan’s complex relationship with al-Qaeda comports with other publicly available information and expert analysis.

Moreover, if Pakistani military and intelligence officials had partnered with the U.S. in conducting the raid on bin Laden, why would the Pakistanis hold in custody for the last four years Dr. Shakil Afridi, who assisted the U.S. in trying to identify bin Laden by collecting DNA samples from his children? U.S. congressional members continue to call on the Obama administration to cut aid to Pakistan until Afridi is released from jail.

The Hersh article is a distraction from the problematic terrorism policies of Pakistan, a country which has received nearly $30 billion in U.S. economic and military aid over the last 13 years, and the Obama administration’s failure to convince Pakistan to end its dual policies on terrorism.

Just a few weeks ago, Pakistan released on bail the mastermind of the 2008 Mumbai attacks, Zakiur Rehman Lakhvi.

Rather than focusing on Hersh’s unsubstantiated article, Americans should be asking why a country to which we have given billions in aid can still get away with supporting terrorists.

This is the biggest scandal in the U.S.-Pakistan relationship—not stories about the bin Laden raid that fabricate a helpful Pakistani role that was never there.