In Australia, the Green Energy Fantasy Has Collapsed 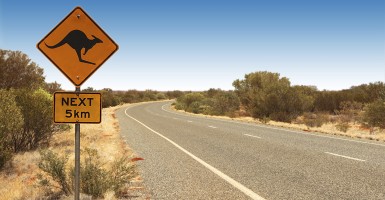 If you are sailing miles from shore and come upon the rusted prows of sunken ships, you can be sure that water is not that deep and it would be a good idea to change course.

Australia is just the latest ship’s prow to warn us away from the treacherous path of green energy mandates, taxes, and subsidies. Among the others have been Germany, Spain, and Italy.

Earlier this month, Reuters reported the collapse of the wind power market in Australia. The Liberal government there is pulling the plug on state subsidies for the renewable energy industry. Without those subsidies, investor interest evaporates. So much for the claims (also here and here) that wind and solar technologies are already competitive.

In the U.S., we had a sneak preview of what happens to wind power when it goes, cold turkey, off subsidies. An expected end to the wind Production Tax Credit on Dec. 31, 2012, dried up the investment pipeline so thoroughly that even though the PTC was retroactively reinstated just weeks after its expiration, only one wind turbine was installed in the U.S. in the first six months of 2013.

Grid parity? That’s not what we saw in the U.S. in 2013, and it’s not what wind energy companies in Australia are telling us with their actions right now.

What happened in Australia to get to this point? In 2011, the Labor government of Kevin Rudd pushed through a scheme to restrict CO2 emissions. When introduced, the approach resembled a cap-and-trade program, which effectively hides costs to consumers. But over time, the program morphed into a more explicit carbon tax.

As is almost always the case, the costs of these restrictions were downplayed while the proposal was being considered. However, the laws of science and economics cannot be legislated out of existence, and the inevitable costs soon became apparent. The program led to significant increases in the price of electricity, and the voters in Australia were not pleased with having been duped.

In fact, the carbon taxes were so unpopular that the Labor party ousted Rudd from its leadership and campaigned, in part, on getting rid of its own tax. The election’s outcome, however, forced an alliance with the Green party, whose demand was to keep the tax in place.

The voters didn’t forget the hoodwinking. In a subsequent election, they put a Liberal-National Alliance coalition in power in a campaign that was dominated by promises to remove the carbon tax. This time the politicians kept their word and jettisoned the tax.

Australians, like most people throughout the world, are more concerned with increasing economic growth, jobs, and affordable energy than they are with adopting costly yet ineffective schemes meant to address a problem that is low on their priority list. Certainly, that’s how it is in the U.S.

Survey after survey shows that Americans rank climate concerns at the bottom of virtually every list, even when the lists are restricted to environmental problems. The hysterical predictions of imminent doom, unfulfilled as the various dates pass by, have created a global warming fatigue.

People once spooked by scary predictions of ever more frequent hurricanes and other extreme weather events have seen those visions fail to materialize. Small wonder they are now not so unnerved by warnings of sea levels rising by an inch or two or afternoons warming by a fraction of a degree 100 years from now. And none of the proposed “climate-saving” policies can offer any impact beyond inches and fractional degrees.

Add Australia to the list of countries that are facing reality after seeing their green energy fantasy collapse. Germany is cutting green subsidies and building new coal-fired power plants to help halt the skyrocketing cost of electricity (three times the cost in the U.S.) that threatens its industrial base. Spain and Italy have also cut back on the renewable energy policies that helped tip them into financial crisis.

Let’s hope American lawmakers can learn from the green energy mistakes of their foreign colleagues.