What Life Is Like at 20 Weeks in the Womb 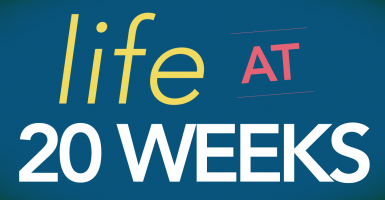 The Pain Capable Unborn Child Protection Act bans abortions after 20 weeks, except in cases where rape or incest had been reported to authorities.

It’s a law the majority of Americans actually agree on—with 60 percent of Americans polling in support. But Wednesday night, House GOP leaders canceled the bill’s scheduled Thursday vote because of uproar among some moderate members.

After digging into the details of what life at 20 weeks looks like in the womb (highlighted in the infographic below), it’s no surprise this is where Americans align. Unfortunately, as The Daily Signal’s Katrina Trinko wrote last night, that’s not the case for lawmakers in Washington.