What Do Americans Think About the Fight Against ISIS? 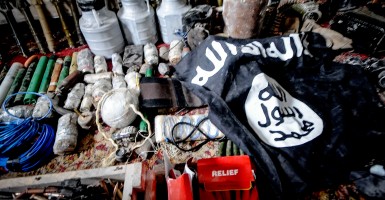 A new opinion poll released Thursday shows Americans in continued support of the goal to “downgrade and ultimately destroy” the Islamic State (ISIS), as President Obama has articulated it.

The poll, “American Public Attitudes Towards ISIS and Syria,” also reveals some reservations about the effectiveness of the Obama administration’s air-only campaign to keep ISIS from grabbing more territory and massacring more civilians. With Congress in session potentially considering an authorization to use military force, it also indicates that Democrats and Republicans hold different views of the fight against ISIS.

The new poll was conducted by Middle East scholar Shibley Telhami, director of the Project on U.S. Relations with the Islamic World at Brookings in collaboration with the University of Maryland’s Anwar Sadat Center.

It goes into some detail on the attitudes that underpin the so far widespread American support for the international coalition against ISIS.

Among the survey’s notable findings:

American support for military action against ISIS was caused by absolute revulsion against the horrific Internet videos of ISIS executions of journalists and aid workers in September, including two Americans, James Foley and Steven Sotloff.

It could therefore be questioned whether support could be sustained in the long run for a campaign that will take years. However, Tuesday’s massacre of French journalists has yet again reminded the world of the persistent threat posed by violent Islamic fanatics. Americans will not be allowed to forget the danger to our security and way of life.